President Joko Widodo’s unexpected visit to the Indonesia Investment Coordinating Board (BKPM) on Tuesday (28/10) signals that the new president of Indonesia is serious about wiping out severe bureaucracy that causes time-consuming and difficult procedures to obtain permits, licenses and certificates in a bid to ease doing business in Indonesia for both foreign and domestic investors. Joko Widodo, popularly known as Jokowi, is eager to tackle the country’s ‘red-tape’ problem as it curtails the pace of economic growth in Indonesia.

As an example, Jokowi mentioned the lengthy process of establishing a power plant in Indonesia. Despite the fact that Indonesia is in acute need of electricity to supply the people and its businesses, it can take up to four years to complete the permitting process for this type of investment. Also regarding other investments the time-consuming process is problematic and more or less structural as improvement has been slow. Indonesia's lengthy and complicated bureaucracy seems to be a 'power centre' in its own right, effectively resisting reforms. Moreover, bribery (‘under-the-table-costs’) remains rife; civil servants need to be handed some extra money in order to speed up the permitting process.

Jokowi added that the online application system at the BKPM is already well developed but the real problem lies in civil servants commitment to complete the procedures. Certain types of permits should only require three days to finalize but in reality it can take 12 days before the permit is handed to the investor. Furthermore, Jokowi believes there is still ample room for progress by integrating the permitting process at the BKPM and other ministries or government agencies (both at the central and regional level). 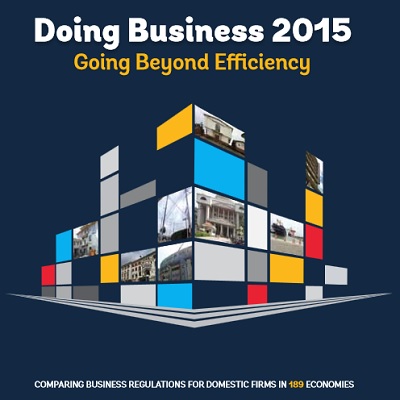 Although Indonesia is only ranked 114th in the World Bank’s most recent ease of doing business ranking (published on 29 October 2014), there have been several improvements. The World Bank comments:

“Indonesia made starting a business easier by allowing the Ministry of Law and Human Rights to electronically issue the approval letter for the deed of establishment, a reform applying to both Jakarta and Surabaya. In addition, Indonesia made paying taxes less costly for companies by reducing employers’ health insurance contribution rate, another reform applying to both Jakarta and Surabaya. In Jakarta, the electricity company made getting electricity easier by eliminating the need for electrical contractors to obtain multiple certificates guaranteeing the safety of internal installations - though it also increased the cost by introducing a security deposit for new connections. In both Jakarta and Surabaya, trading across borders became more difficult because of insufficient infrastructure at the Tanjung Priok Port Jakarta.”

However, compared to its regional peers, Indonesia still lags behind:

• The World Bank is not positive about the ease of doing business in Indonesia. In its latest ‘Doing Business Ranking’ (published on 29 October 2014) Indonesia ranks 114th