On 9 August 2021, Indonesian President Joko Widodo witnessed the launch of the new Online Single Submission (OSS) system at the Investment Ministry (also known as the Investment Coordinating Board, abbreviated as BKPM).

Originally, the country’s OSS system – which is based on (1) Presidential Regulation No. 91/2017 on the Acceleration of Business Implementation, and (2) Government Regulation No. 24/2018 on the Electronically Integrated Business Licensing Service – was launched in July 2018. In sum, it is a web-based business licensing system that aims at cutting heavy red tape that is involved when domestic and foreign investors try to obtain a range of business permits in Indonesia when starting an investment project or business.

By shifting to online procedures (in terms of business licenses), it was envisioned to make these procedures more efficient (by also synchronizing the internal systems of separate ministries through the OSS system), while making it impossible for civil servants, or officials, to request some ‘under-the-table-money’ in reward of certain business licenses or their assistance in the process.

This would indeed solve two key problems. Firstly, red tape is still considered to be one of the big obstacles in Indonesia's investment environment, causing a relatively high degree of uncertainty for the investor. And, it is not only the amount of permits necessary to start a business that is the problem but also weak cooperation between ministries or between the central and regional governments that make it a complex and uncertain undertaking. So, for example, when two ministries are involved in an investment project, then investors would often need to go back and forth between these two ministries before obtaining the necessary licenses (as Ministry A wants a document from Ministry B, first, before issuing a document for the investor, while Ministry B wants a document from Ministry A before issuing anything; causing the process to be stuck for an unknown period). Another problem we often encountered when dealing with the Indonesian government – either at the center or in the regions – is the lack of standardization, meaning that different documents are requested by authorities from the investor for the exact same procedure. This too gives rise to uncertainty over the project (some ‘under-the-table money’ could always help to smoothen such issues, thereby helping to speed up the process).

Secondly, corruption is a notorious issue in Indonesia. Numerous ministers, other government officials, politicians, and civil servants have been imprisoned for their role in corruption cases over the past two decades (usually for accepting briberies in the form of cash –or other assets– from business people). Considering Indonesia’s Corruption Eradication Commission (or KPK) has a good track-record in terms of unveiling corruption cases (albeit typically only the big public/private investment projects come on its radar), it is certainly also risky for the investor to participate in the rewarding of government officials. 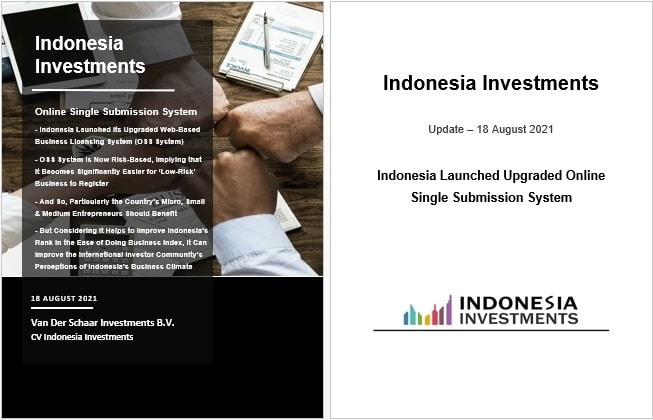