In January 2022 Indonesian Minister for Coordinating Economic Affairs Airlangga Hartarto said the Indonesian government aims to ratify the Regional Comprehensive Economic Partnership (RCEP) trade agreement in the first quarter of 2022. Just like the Philippines and Myanmar, Indonesia is still to ratify the RCEP even though this agreement already took effect per 1 January 2022.

While discussions about the ratification of the RCEP have already been concluded in Commission VI of Indonesia’s House of Representatives (or DPR), it still requires the approval in a plenary session in the DPR. This session is targeted to be organized in Q1-2022 but an exact date has not been announced yet. This implies that Indonesia cannot enjoy the full benefits of the deal yet, although it can potentially already feel some effects in an indirect manner as Indonesia has bilateral trade agreements with most countries that are involved in the RCEP (so, if products or materials become cheaper in RCEP member countries under the deal, then it would also become more affordable to import those items into Indonesia; but – indeed – Indonesia would still miss out on the full advantages of the trade deal).

The RCEP is a free trade agreement that targets to facilitate trade liberalization and economic integration in the Asia-Pacific. On 15 November 2020, 15 countries signed up for the deal during a meeting in Vietnam after around eight years of negotiations.

Read the full article in our January 2022 report. Order the report by sending an email to info@indonesia-investments.com or a message to +62.882.9875.1125 (including WhatsApp). 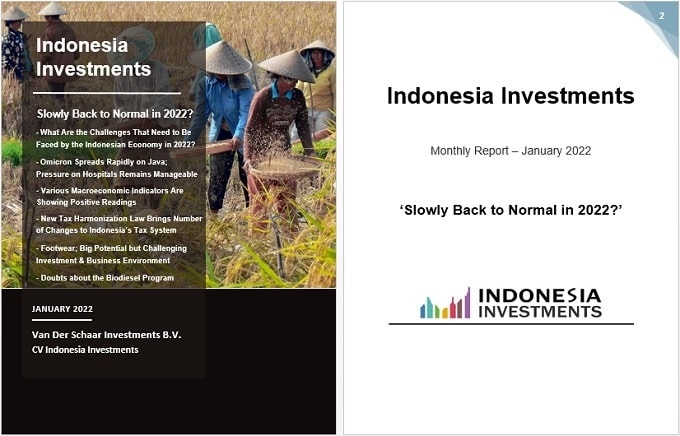