Indonesia's Nikkei Manufacturing Purchasing Managers' Index (PMI) eased to 50.7 in March 2018 from a reading of 51.4 in the preceding month (when manufacturing activity touched a 20-month high in Southeast Asia's largest economy). Softer expansion in output and new orders were cited as reason for slowing growth. A reading above 50.0 indicates expansion in manufacturing activity, while a reading below 50.0 indicates contraction.

Although conditions in Indonesia's manufacturing sector improved in March 2018, reflected by rising manufacturing activity, the pace of growth declined compared to the preceding month. Output and new orders both expanded in March albeit at a slower pace.

Improved domestic demand was mentioned as key reason for higher sales in March as new export orders declined for the fourth straight month due to uncompetitive prices. The overall rising manufacturing activity meant that manufacturing companies hired more staff-members. However, the pace of job creation softened since February and was marginal.

In line with growing demand, Indonesian manufacturing companies also raised their purchasing activity, albeit slightly. However, raw material shortages across the supply chain made the average vendor performance deteriorate in March (but at a modest rate overall).

Meanwhile, input prices increased in March, thus continuing the recent trend. This is partly caused by the weaker Indonesian rupiah (against the US dollar). Moreover, the rate of inflation in Indonesia accelerated to the sharpest since October 2015. Local manufacturing companies generally passed on these higher cost burdens to clients by raising output prices in March. Still, charges rose at only a modest pace, to suggest that manufacturers' margins remained under pressure. 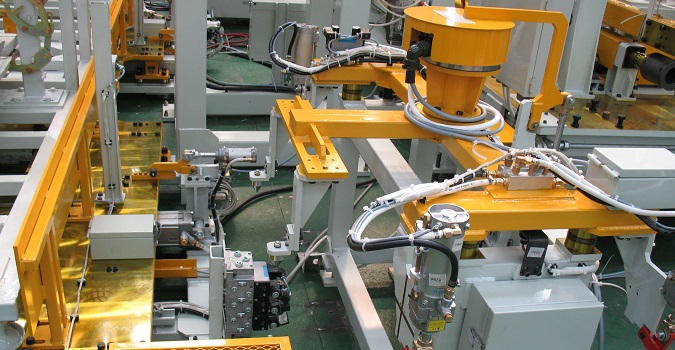 And while local manufacturing companies remained optimistic towards the 12-month outlook for output, the level of positive sentiment touched the weakest point since December 2012.

Aashna Dodhia, Economist at IHS Markit, said that "the recovery in Indonesia's manufacturing sector lost some momentum during March due to softer expansions in output, new orders and employment. PMI data suggests that any improvements in  demand stemmed from domestic markets, while sales in international markets reportedly fell due to uncompetitive prices."

"Input cost inflation intensified to the sharpest since October 2015, predominantly driven by higher raw material costs stemming from currency weakness relative to the US dollar. Amid monetary policy tightening and heightened global uncertainty, the Indonesia rupiah remains vulnerable to capital outflows. Subsequently, business sentiment was at the lowest level since December 2012."

"Bank Indonesia's decision to keep policy rates unchanged and its efforts to stabilize the exchange rate may help support the recovery in credit growth and domestic consumption as we head into the second quarter," Dodhia added. 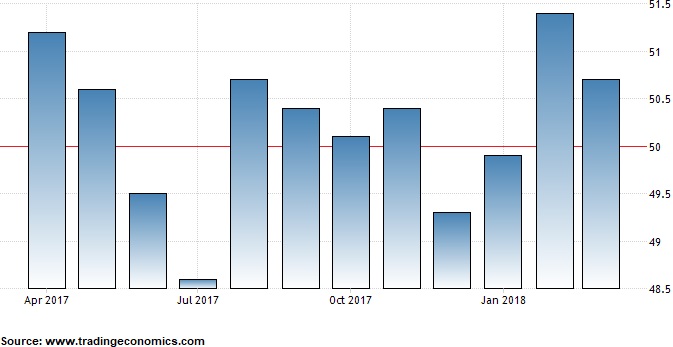