Net profit of Indonesia's fully state-owned oil & gas company Pertamina is estimated to have declined to around IDR 27 trillion (approx. USD $2.0 billion) in full-year 2017, down about 35 percent (y/y) from USD $3.1 billion in the preceding year. The decline is attributed to rising crude oil prices and the government's refusal to adjust subsidized fuel prices.

While crude oil prices have been rising from about USD $40 per barrel in mid-2017 to above USD $60 per barrel at the start of 2018, the central government of Indonesia did not adjust prices of subsidized gasoline and diesel (premium and solar) in an effort to safeguard consumers' purchasing power. Lower-than-targeted household consumption growth is partly  responsible for curtailing Indonesia's macroeconomic growth at around 5 percent (y/y) in recent years.

Although Indonesian President Joko Widodo slashed a great chunk of fuel subsidies a couple of years ago, prices of gasoline and diesel can still rely on some government backing. In theory the government adjusts these subsidized fuel prices (to global crude oil price movements) once every three months. In reality, however, it has not adjusted these prices since January 2016, implying fuel subsidies rise due to the climbing crude oil price. 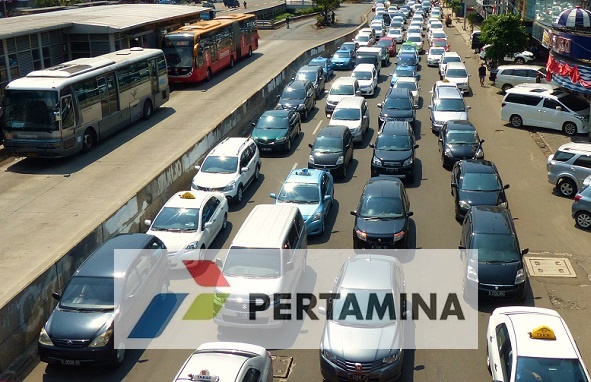 Meanwhile, Pertamina is planning to sell its unit Pertamina Gas (Pertagas) to state-controlled Perusahaan Gas Negara (PGN). This is part of the government's reform program toward the establishment of an oil & gas holding company led by Pertamina. Thus, PGN is scheduled to acquire Pertagas, and then PGN will become a subsidiary of Pertamina.