August is typically a special month for Indonesia because on the 17th of August the nation commemorates its Independence Day. Unfortunately, however, celebrations had to be quite sober this year as the novel coronavirus (COVID-19) pandemic is still spreading across the country.

Traditionally, on Independence Day, parades are held and games are played across the country. Examples of these annual recurring traditional games are: tree climbing (in Indonesian: panjat pinang) or ‘deep fried crackers eating contests’ (lomba makan kerupuk). This year, however, activities had to be low-key as mass gatherings were not allowed in fear of the further spread of COVID-19.

It is worth mentioning that in several districts ‘hand washing contests’ were held in which people (mainly children) raced to a sink to wash their hands and ran back to the starting point. Those who performed these actions fastest won the contest. This new and playful game (where only a limited number of participants and spectators were allowed) was obviously a nod to the COVID-19 pandemic.

For this month’s introduction, we take a look at the political events that led up to the Proclamation that was made by Soekarno, Indonesia’s first president, on 17 August 1945. This Proclamation is one of the biggest events in Indonesia’s recent political history.

Dutch Colonial Period in a Nutshell

After initially focusing on the establishment of a monopoly on trade in commodities (such as pepper and nutmeg) in this resource-rich Archipelago, the Dutch started to develop a real appetite for controlling the indigenous politics on Java from around 1800, culminating in the Cultivation System on Java (in Indonesian: Tanam Paksa). Obviously it strengthened their hold on trade further once the Dutch dominated the internal politics of Java.

It was the 19th century when the Dutch made substantial geographical expansion in the Archipelago, a process that was driven by the new imperialism-mentality. At that time, European nations were competing for colonies outside the European continent both for economic motives and status. One important motive for the Dutch to expand its territory in the Archipelago was to prevent other European countries from taking parts of the Archipelago. Dutch geographical expansion across the Archipelago had a lasting impact as it led to the political integration of Java and the Outer Islands into one single (colonial) polity, a process that had largely been achieved by the start of the 20th century.

Rather ironically, the Dutch imposed a new system (called the Ethical Policy) in its colony at the start of the 20th century that would be a catalyst for the development of nationalism among the many ethnic groups in this vast Archipelago. This Ethical Policy, which essentially was an acknowledgment that the Dutch government had a ‘debt of honor’ toward its subjects in the Archipelago, was aimed at raising the living standards of the native population. The strategy to raise their living standards was direct state intervention in (economic) life, promoted under the slogan ‘irrigation, education, and emigration’. This new approach would, however, not be a significant success in raising the living standards of Indonesians. 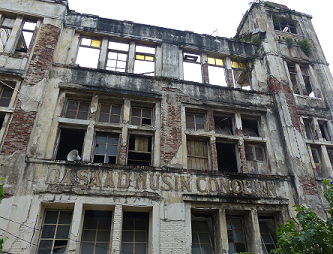 However, the Ethical Policy did have one profound and far-reaching side effect. Its educational component contributed markedly to the awakening of Pan-Indonesian nationalism, particularly by providing a small Indonesian elite with the intellectual tools to organize and articulate their objections to colonial rule. This elite (including Soekarno) was taught Western political ideas of freedom and democracy. Gradually a sense of nationalism grew among this educated native elite (despite having diverse cultural backgrounds, they shared one common enemy: the colonial regime).

In the first decades of the 20th century, several important native political/religious institutions were founded on Java that allowed the further blossoming of Indonesian nationalism, including Budi Utomo (1908), Sarekat Islam (1911), Muhammediyah (1912), and the Indonesian Association of Social Democrats (1914).

Initially, the Dutch permitted the establishment of indigenous political movements but when Indonesian ideologies radicalized in the 1920s (as seen in the communist uprisings in West Java and West Sumatra in 1926 and 1927) the Dutch authorities decided to change course by replacing a relatively tolerant regime with a repressive one in which every suspected act of subversive behavior was suppressed.

In March 1942, the Japanese – fuelled by their desire for oil – provided the required help by invading and occupying the Dutch Indies. Although initially welcomed as liberators by the Indonesian population, Indonesians would soon experience the hardship of Japanese rule: scarcity of food, clothes, and medicines as well as forced labour under harsh conditions. However, the Japanese did also educate, train, and arm many young Indonesians and gave the nationalist leaders a political voice. This enabled nationalist groups to prepare for a future, independent Indonesian nation.

In the final months before Japan's surrender (effectively ending World War II) the Japanese gave their full support to the Indonesian nationalist movement. Political, economic and social dismantling of the Dutch colonial state meant that a new era was to emerge. On 17 August 1945 Soekarno, accompanied by Mohammad Hatta, seized the opportunity and proclaimed Independence. This Proclamation happened eight days after the Nagasaki atomic bombing, and two days after Japan officially lost the war.

While Soekarno’s Proclamation was not the end of trouble as it would take four more years of Revolution against the Dutch who – after being freed from the Germans in Europe – returned to reclaim their colony, Indonesia did achieve full independence in the late 1940s.

This year, it was the 75th commemoration of Indonesian Independence. However, as mentioned above, festivities had to be rather sober amid the COVID-19 crisis. Hence, only a few state officials and dignitaries were present at the Presidential Palace in Central Jakarta where, traditionally, the flag-hoisting ceremony was held, led by the president. For this year’s occasion President Widodo had dressed in the traditional clothes from the South Central Timor Regency (in the East Nusa Tenggara province).

What is also interesting to point out is that Indonesian Vice-President Ma’ruf Amin was present at the ceremony. It had been a while since we last heard from (or seen) Amin, a well-respected Muslim cleric; something that strengthens our assumption that Amin’s presence in the central government simply only serves to curb room for radical Islamic groups to criticize the government (which is no unimportant matter actually).

Meanwhile, on Friday 14 August 2020, in the (traditional) annual state of the nation address to the People's Consultative Assembly (MPR), President Widodo expressed hopeful words that Indonesia can become an advanced nation by 2045, exactly one century after its Independence.

Unfortunately, these hopeful words come at a time when Indonesia (and the world) is battling with the COVID-19 virus. The business and social restrictions that have been imposed by authorities cause millions of people to become unemployed, hence poverty is bound to rise rapidly. The looming economic recession, albeit temporary, surely is a major setback in the country’s quest to become a developed nation within the next 25 years. 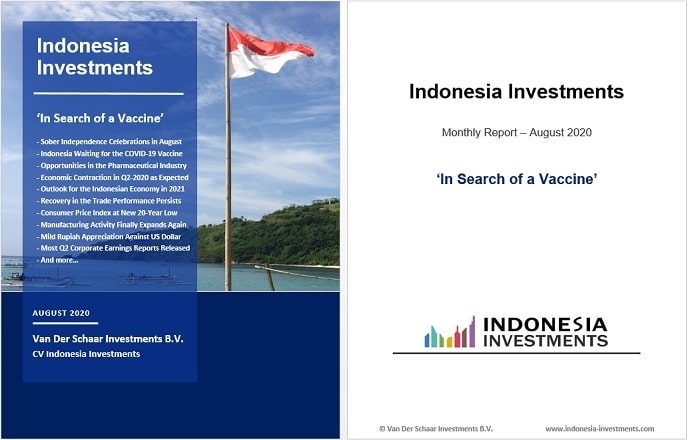