The Indonesian government launched the One Map Policy Geoportal (KSP Geoportal). This policy involves a more detailed map of land use, hence aiming at resolving overlapping claims - as well as preventing the emergence of new cases - across the country, including in forest areas. The map was launched by Indonesian President Joko Widodo on Tuesday (11/12).

One of the key problems that is related to Indonesia's investment climate is the issue of overlapping land use. Particularly in the post-Suharto era (after 1998) regional governments have been eager to issue permits for agriculture and mining companies as local officials would earn plenty of "under-the-table money" from the companies in return for the permits. However, weak governance, weak monitoring and weak law enforcement caused the present situation where there are many cases of overlapping land (rights). 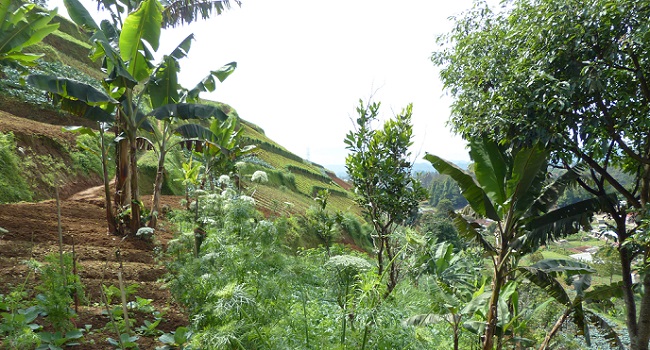 The new map is made on a scale of 1:50,000 (hence more detailed compared to the previous map which was on a 1:250,000 scale) and aims at reducing chances of disputes over the issue of permits for mining, plantation and forest conservation. This should then result in an improved investment climate for Indonesia. Therefore, "development planning will become more accurate", Widodo said.

With this one-map policy, the central government has integrated 83 thematic maps. Two thematic maps have not yet been integrated, namely (1) the National Sea Spatial Plan Map, which is currently still being worked on, and (2) the sub-district and village border map. Widodo added that the ministries, government institutions and regional administrations have to start using these integrated thematic maps as the main point of reference for implementing development policies.

Initially, the map was planned to be completed in 2015. However, the project faced significant obstacles due to "too many fears and worries because of many interests", President Widodo informed when launching the map. The government will continue working on a more detailed map (1:5,000 scale). However, it remains unknown when this map is completed.