For the sixth straight month manufacturing activity in Indonesia remained in the red zone. It therefore was a very disappointing second half of 2019. Moreover, it raises room for concern about Indonesia’s overall economic growth in 2019.

The IHS Markit Indonesia Manufacturing Purchasing Managers’ Index (abbreviated as PMI) was recorded at 49.5 in December 2019 (remaining stubbornly below the 50.0 level that separates contraction from expansion in the manufacturing sector). This also means that Indonesia has ended a remarkably weak quarter. December’s figure has now brought the average PMI reading of Indonesia for the fourth quarter to 48.5, or the weakest quarter that has been recorded since 2015. 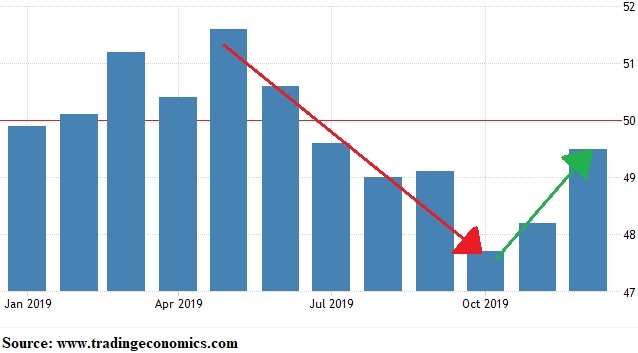 Read the full article in the December 2019 report