At the start of June 2022, the World Bank decided to cut its forecast for Indonesia’s economic growth in full-year 2022 from the level of 5.2 percent year-on-year (y/y) to 5.1 percent (y/y). Do we need to be concerned?

While we had expected this downgrade to happen as most of the influential international institutions – such as the World Bank and International Monetary Fund (IMF) – had set their growth projections for the Indonesian economy at much too optimistic levels (at least, in our view), each downgrade does constitute a disappointing matter as it brings the world one step closer to reality.

Unfortunately, we expect these international institutions to make more downward revisions in the months to come as we consider a growth level of 5.1 percent (y/y) for the Indonesian economy in 2022 still too high (Indonesia Investments maintains its growth outlook for Indonesia at the range of 4.0 – 5.0 percent y/y, so the median is at 4.5 percent y/y for 2022).

Nonetheless, it’s certainly worthwhile to take a deeper look into why the World Bank has become less optimistic about the economy of Indonesia this year. And therefore, we first discuss the basic points that are mentioned in the World Bank’s latest Global Economic Prospects (June 2022). 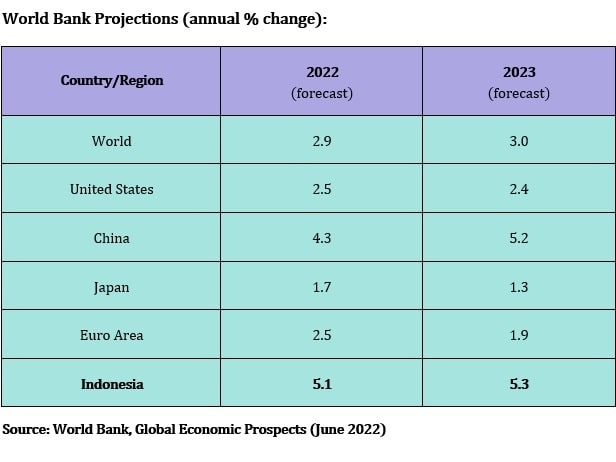 On the one hand, growth revisions are needed as the World Bank has misjudged the intensity of the COVID-19 crisis from the start (at the very beginning it expected to see a major rebound in 2021 already). On the other hand, the Russo-Ukrainian war emerged (quite unexpectedly) in late-February 2022 and caused some serious new disruptions (partly even self-inflicted).

As we have discussed before, Indonesia is not that affected by the Russo-Ukrainian war since its trade and investment relations with either Russia or Ukraine are quite insignificant. And while higher crude oil prices are clearly negative for Indonesia (a net oil importer), the ongoing commodity supercycle (which was aggravated by the Russo-Ukrainian war) actually seems to offer a net advantage for Indonesia.

It is true though that the Russo-Ukrainian war adds to inflationary pressures across the world (mainly through food and energy prices) that subsequently cause the US Federal Reserve to raise its benchmark interest rate more aggressively than earlier planned (we see something very similar in the European Union, EU). This then puts overall downward pressures on global economic growth, which should also be felt by Indonesia.

Nonetheless, seeing the World Bank cutting its projection for Indonesia’s economic growth by 0.1 percent only between January 2022 (when no one expected a war to break out) and June 2022 (after four months of war), we can conclude that it does not see a significant impact of the war on Indonesia (or at least the gains compensate for the losses). 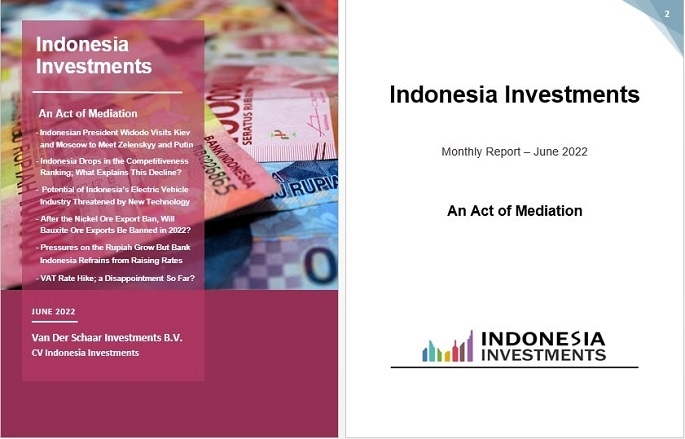