While this situation has very negative consequences in the long-term (such as the example that Indonesia misses out on direct investment, hence missing out on new employment opportunities), in the short-term there are some positive side-effects. For example, the government needs a big number of bureaucrats in its overly bulky organizational structure. Indeed, this drains administrative funds, but on the other hand it creates employment and provides income for many people.

In fact, inefficient regulations and excessive bureaucracy give rise to complete new businesses. For example, foreigners who want to open a company or representative office in Indonesia are advised to use a local agency or law firm to arrange all permits because if such services are not used, then it tends to become a very complex and time-consuming affair. Due to chaotic, complex, unclear, conflicting or inefficient regulations - as well as the language and possibly cultural barriers - it is very hard for newcomers to Indonesia to set up such legal entities by themselves.

These local business agencies or law firms have a network within the relevant government institutions and can therefore arrange permits much easier. They also know how and when to give some under-the-table money to officials to speed up the process. Although it is usually quite expensive to use the services of such agencies, at the end of the day it is more efficient because the legal entity is established rapidly (and, after all, time is also money). Hence, the difficulty of doing business in Indonesia due to excessive and unclear bureaucracy (red tape) or weak coordination between the center and regions actually opens up opportunities for others to create a business (and for some officials a chance to make some additional money).

In this article, we use immigration policies as a case study. Indonesia's immigration department has been moving towards an online system in order to make the process easier for foreigners to arrange certain permits (in this case we zoom in on the temporary resident permit, or KITAS). But is this new online system efficient? Does it really change anything? Or does it actually allow an additional revenue source for the immigration office?

Read the article in the February 2019 edition of our monthly research report. You can purchase the report by sending an email to info@indonesia-investments.com or a WhatsApp message to the following number: +62(0)8788.410.6944 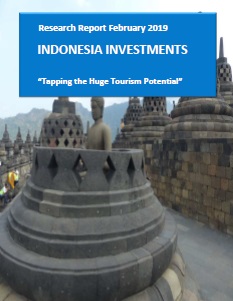