Poverty and inequality are always sensitive topics, especially in an emerging market like Indonesia where poverty and inequality (in terms of income distribution) have always been a big problem. It is something that puzzles Indonesians too. We often hear Indonesians say “our country is so rich in natural resources, so how can it be that we have so much poverty within our borders?”

The answer to this question seems to lie in the high degree of inequality around the country. Several years ago a report was made by international aid and development charity Oxfam that highlighted the alarming level of income distribution inequality in Indonesia. According to the report, the four richest Indonesians own more assets than the 100 million poorest Indonesians. Indonesia's top four billionaires are worth USD $25 billion, combined. This is roughly the same amount of assets that is owned by the bottom 40 percent of the Indonesian population. So, Indonesia is in fact rich, but the wealth is just poorly distributed.

This situation is not without risks. A high degree of inequality in society jeopardizes Indonesia’s social cohesion and also involves certain political and economic risks.

Indonesia is a middle-income country that has been experiencing robust economic growth over the past 50 years. Still, today, there are nearly 25 million Indonesians, which is 9.22 percent of the population, who live below the national poverty line. Moreover, there are also dozens of millions of Indonesians who live just above this poverty threshold. Hence, a shock can easily push these near-poor Indonesians into full-blown poverty.

Sudden and rapidly rising inflation is an example of such a shock. That is also why Indonesian policymakers have to prevent inflationary shocks, particularly when it involves food products such as rice (the most important food crop for Indonesians), or the government will need to distribute special financial support to the vulnerable groups in society in case an inflationary shock cannot be avoided (for example in the case of subsidized fuel policy adjustments).

Read the full article in our May 2020 update. To purchase the report, please send an email to info@indonesia-investments.com or a WA text message to +62(0)8788.410.6944 for further information. 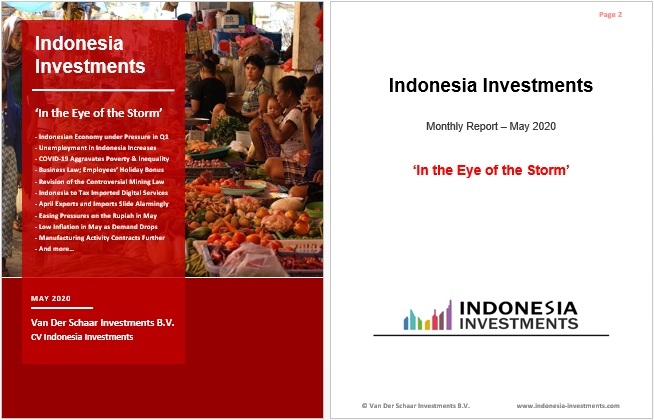