According to the latest data from Statistics Indonesia (BPS), Indonesia recorded monthly inflation of 0.17 percent in March 2015. It was the first month this year in which Indonesia recorded inflation. In January and February Indonesia experienced deflation of 0.24 percent (m/m) and 0.36 (m/m), respectively. March inflation was primarily the result of administered price adjustments: higher prices of (low-octane) gasoline, diesel and 12-kg LPG canisters. These adjustments were necessary amid rising oil prices and rupiah depreciation. 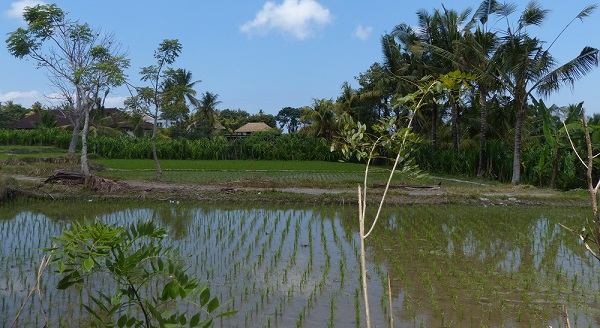 The Indonesian government raised prices of low-octane gasoline and diesel on 28 March 2015 and therefore its impact on the March inflation figure is limited. The impact of these price adjustments will be mostly felt in April. However, April is also the month in which rice hits its peak production level amid the peak of the harvest season and therefore brings deflationary pressures as rice bears a significant weight in the consumer price index calculation. Therefore we expect to see low inflation in April as higher fuel prices are offset by lower commodity prices.

The central bank of Indonesia (Bank Indonesia) expects that inflation at the year-end will have eased to its target range of 3-5 percent (y/y). With inflation under control, Bank Indonesia may have room to cut its key interest rate (BI rate) again. In February 2015 Bank Indonesia shocked markets by cutting its BI rate by 25 basis points to 7.50 percent. However, although a lower BI rate would boost economic growth in Southeast Asia’s largest economy, it would also put pressure on the ailing rupiah and the current account ahead of looming higher US interest rates. Therefore, we do not expect another interest rate cut ahead of higher interest rates in the USA.

The slightly lower-than-expected March inflation figure supported the rupiah. However, rupiah appreciation may be short term as markets are waiting for US economic data including initial jobless claims, nonfarm payrolls and the unemployment rate to be released on Thursday and Friday this week. If these data show an improvement, then the US dollar will regain bullish momentum. For the US Federal Reserve employment data (and inflation) is one of the key indicators that influence the decision to raise US interest rates (or postpone such a hike). Bank Indonesia’s next policy meeting is scheduled for 14 April 2015.

Indonesia’s current inflation figure (6.38 percent y/y) is still relatively high due to the government’s decision to raise subsidized fuel prices by more than 30 percent in November 2014 (in a move to free-up funds for economic and social development). However, at the start of 2015 the government decided to scrap gasoline subsidies and introduced a fixed IDR 1,000 per liter diesel subsidy. Amid low global oil prices, fuel prices then declined significantly.

Emerging market assets were also supported by the unexpectedly stronger China PMI figure. The official Purchasing Managers’ Index increased to 50.1 in March 2015, exceeding the estimate of 49.7 and February’s 49.9. Previously, China announced plans to commence an insurance system for bank deposits (which is to start on 1 May 2015).