As Indonesia’s central bank (Bank Indonesia) was very late in terms of tightening its monetary policy amid the latest global tightening cycle – and the US Federal Reserve continued its hawkish stance with another 0.75 percentage point hike in September 2022 – it has some catching up to do.

And so, it was not so much the question whether or not Bank Indonesia would raise its benchmark interest rate (the BI 7-day reverse repo rate) at its September 2022 policy meeting, but more whether it would be a 0.25 percent or 0.50 percent hike.

It turned out to be the second option. After concluding its two-day policy meeting on 22 September 2022, Bank Indonesia announced that the key rate was raised from 3.75 percent to 4.25 percent. Meanwhile, Indonesia’s central bank also raised the deposit facility and lending facility rates by 50 basis points (bps) to 3.50 percent and 5.00 percent, respectively.

In a statement that was released immediately after the meeting, Bank Indonesia said the decision to raise its rates “was taken as a front-loaded, pre-emptive and forward-looking measure” and to guide national core inflation back to the target range of 2.0-4.0 percent year-on-year (y/y) by the second half of 2023, while at the same time safeguarding rupiah exchange rate stability amid the ongoing high degree of global financial market uncertainty. 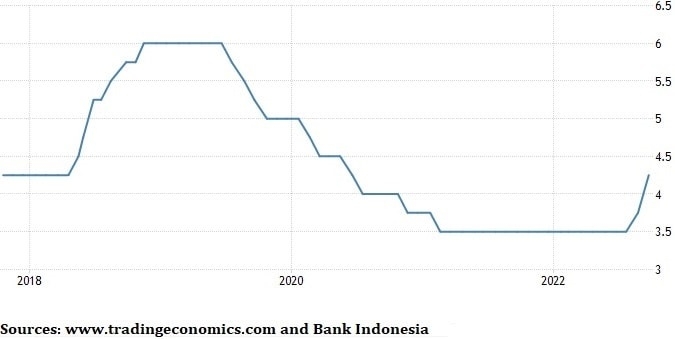 After the 0.25 percentage point rate hike in August 2022, it was Bank Indonesia’s second consecutive interest rate hike (after having left its benchmark interest rate unchanged since March 2021).

Bank Indonesia’s decision to opt for a 0.50 percent rate hike is obviously related to global developments (most notably the monetary policy decisions made by the US Federal Reserve) as rising rates in the US encourage capital outflows from emerging markets (including Indonesia) due to more attractive US yields. By deciding to raise its key rate Bank Indonesia maintains a differential between the Indonesian and US interest rates (although the differential narrowed significantly in recent months).

Take a glance inside the report here! (14 pages) 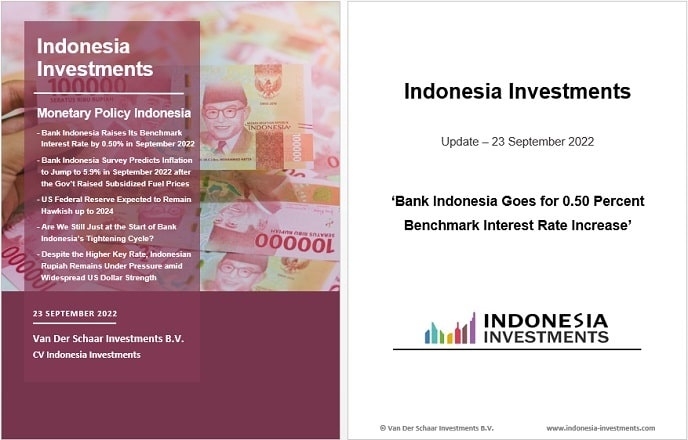