The Indonesian Automotive Manufacturers Association (Gaikindo) lowered its car sales target for 2015 to 1.1 million vehicles, down from its original sales target of 1.2 million vehicles, due to persistent slowing economic growth in Indonesia (curbing consumer demand). On Tuesday (05/05), Statistics Indonesia announced that the country’s economic growth slowed to 4.71 percent (y/y) in the first quarter of 2015, a five-year low. Other important factors that negatively influence car sales are inflation, the interest rate, the rupiah, and fuel prices. 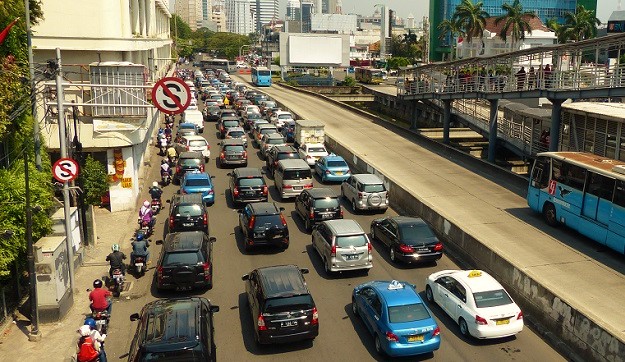 Indonesians’ purchasing power and consumer confidence weaken when inflation is high thus negatively affecting car sales. In April 2015, Indonesian inflation accelerated to 6.79 percent (y/y). Inflation has been high since late 2014 due to a subsidized fuel price hike conducted by the Indonesian government aimed at assembling funds for structural economic and social development of Indonesia. Although at the start of 2015 Indonesia’s inflation level moderated, recovering global oil prices made inflation accelerate again in April.

Similarly, the relatively high key interest rate of Bank Indonesia (currently at 7.50 percent) makes it harder for consumers to purchase loans (to buy cars). Between 2013 and 2015, the benchmark BI rate of the central bank was raised gradually from 5.75 percent to 7.75 percent in an attempt to combat high inflation, limit Indonesia’s wide current account deficit, support the rupiah, and avert possible capital outflows amid looming further monetary tightening in the USA. Although Bank Indonesia cut its BI rate by 25 basis points in February it is unlikely that we will see a more aggressive rate cut this year as macroeconomic conditions are not optimal and thus purchasing power and economic growth will be limited.

The weak rupiah (against the US dollar) also forms a problem as many car components are still imported from abroad instead of manufactured locally. As such, a depreciating rupiah will raise import costs for Indonesian car producers. Recently, Indonesian car producers have not been able to pass on these costs to end-users due to fierce competition between car manufacturers.

According to the latest data from Gaikindo, Indonesian car sales (wholesale) declined 14 percent (y/y) to 282,250 vehicles in the first quarter of 2015, reflecting weakening purchasing power amid slowing economic growth.

The low cost green car (LCGC), which was introduced to the Indonesian market in late 2013, is expected to gain popularity this year. These cars, which are relatively immune to currency fluctuations as at least 85 percent of LCGC components are manufactured domestically, generally have a price tag of below IDR 100 million (USD $7,700). Currently LCGC sales still form a small portion of total car sales in Indonesia (about 14 percent) and therefore there is ample room for further growth.

Gaikindo will organize its first (annual) automotive exhibition in August 2015 (and fosters the ambition to make this the largest car show in Asia): the Gaikindo Indonesia International Auto Show 2015 (GIIAS 2015). This event will be held between 20 and 30 August at the Indonesia Convention Exhibition in Bumi Serpong Damai (BSD) City in Tangerang (West Java), approximately 40 kilometers from Jakarta. Reportedly, 32 car brands and 400,000 participants are expected to attend this exhibition.