Being one of the world’s leading producers of coffee beans, Indonesia may benefit from climate change that causes an eastward shift in the global coffee production over the next couple of decades. According to new research conducted by Colombia-based International Center for Tropical Agriculture, the global supply of arabica beans is threatened due to a two degrees Celsius temperature increase as well as changing rain patterns. Brazil, the world’s leading coffee producer, will be affected strongly by this climate change.

According to this study, Brazil will be hit hard by higher temperatures and changing rain patterns as the country’s coffee plantations are located in lowlands, under the average 350-meters-above-sealevel required for healthy coffee bean harvests by the year 2050. Tim Schilling, Executive Director at World Coffee Research, said that a 25 percentage point drop in Brazilian coffee output will have serious transformational consequences for the entire coffee industry. The reduced coffee supply will drive up global coffee prices, while output is to shift from Latin America to East Africa and Indonesia. 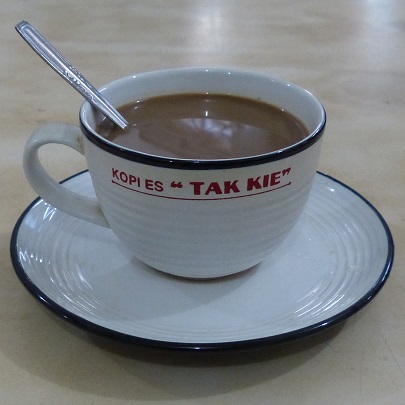 The study claims that all countries around the globe will experience reduced coffee output due to the climate changes. However, some countries (such as Brazil) will be more affected than others (Indonesia and East African countries). The report states that the area in Indonesia that is suitable for arabica beans production will have declined by 2050 (compared to now) but would still be larger than the area that is currently used for arabica bean production. As such, Indonesia is able to increase its role in the global coffee industry.

Indonesia is the world’s third-largest coffee producer (after Brazil and Vietnam). Most of the country’s coffee output - approximately 80 percent - is the robusta type which is usually used in instant coffee. Important robusta coffee bean growing regions in Indonesia are Lampung, Bengkulu and South Sumatra. Arabica mostly grows in North Sumatra and on Java.