The e-commerce industry of Indonesia is expected to grow sharply in 2016 on the back of the continued expansion of Internet and smartphone penetration. The Indonesian E-Commerce Association (idEA) estimates that the number of Indonesian online shoppers will hit 10 million in 2016. As such, earnings in Indonesia's e-commerce industry is estimated to more than double to IDR 20 million (approx. USD $1.5 billion) next year from an estimated IDR 9 trillion in 2015.

Recent research conducted by Nielsen Informate Mobile Insights claims that the number of smartphone users in Indonesia - Southeast Asia's largest economy - is expected to grow by an average of 33 percent compound annual growth rate (CAGR) between 2013 and 2017. By 2017 there should be around 87 million smartphone users in Indonesia, particularly supported by those that are under the age of 30 years and belong to the country's rapidly expanding middle class. 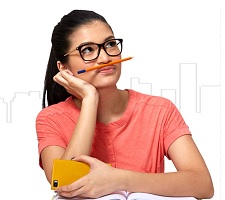 According to the Association of Internet Service Providers in Indonesia (APJII), Indonesia had around 88.1 million Internet users in 2014, up 22 percent (y/y) from 71.9 million in the preceding year. Considering that the total population of Indonesia numbers more than 250 million individuals, Indonesia's Internet penetration ratio stood at around 35 percent in 2014. This low penetration rate implies there is still ample room for growth in the online business industry.

The idEA said the e-commerce industry is becoming a pillar of the Indonesian economy. The online retail industry may account for five percent of Indonesia's economy by 2020, from 0.7 percent currently.