Indonesia managed to enter the top five in the Global Retail Development Index, reflecting the strength and potential of the nation's retail sector. In the 2016 edition of the index, compiled by global consulting company AT Kearney, Indonesia jumped to fifth position (from 12th in the 2015 edition). The Global Retail Development Index measures the attractiveness of the retail sector in 30 developing economies as well as identifying investment opportunities in these markets. China remains number one in the ranking, followed by India, Malaysia and Kazakhstan.

According to AT Kearney's report, titled "Global Retail Expansion at a Crossroads", the modern retail market in developing countries has grown 350 percent over the past 15 years, exceeding the population growth in these nations that was recorded at an average of 21 percent. Currently, the retail markets of emerging markets contribute 50 percent to the global market.

The main reason why the retail sector in emerging markets is growing rapidly is the combination of quickly growing populations and rising per capita GDP. This cocktail boosts demand for all sorts of products and services. The report notes that many of the existing retailers in seven emerging markets - China, India, Malaysia, Kazakhstan, Indonesia, Turkey, and the United Arab Emirates - continue to expand by opening new branches.

China remains the most attractive emerging retail market despite the nation's overal slowing economic growth. For example, Adidas plans to open 3,000 new branches in the world's second-largest economy. Other retailers are eager to follow suit. Starbucks plans to open 500 new branches, while McDonald's intends to open 250 new branches in China. India, on second position in the 2016  Global Retail Development Index, is attractive due to the rapid process of urbanization in the country, the expanding middle class, and the rapidly rising number of working Indian women. These factors attract investment from brands such as The Gap, Topshop, Burger King and Dunkin Donuts. 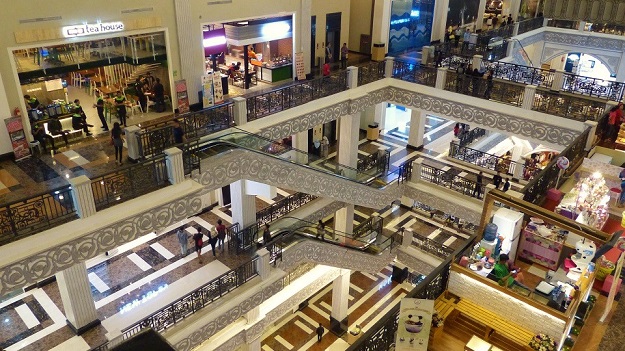 Regarding Indonesia, AT Kearney states that despite relatively low retail sales per capita (at USD $1,270) as well as ongoing currency volatility, Indonesia’s large population (roughly 255 million), growing Internet penetration and bustling cities make it an attractive market for foreign retailers. The rising middle class segment - rising on growing per capita GDP - fuels a 10 percent annual growth in the retail sector. Indonesia's retail sector is currently estimated to be worth USD $324 billion.

Earlier this year, Indonesian President Joko Widodo announced to open up 50 sectors to foreign investment, including the e-commerce and retail sectors. AT Kearney expects the e-commerce business of Indonesia to become a driving force for the retail market due to rising Internet penetration and smartphone users. Moreover, the government is eager to boost infrastructure development - including roads and ports - in an effort to trigger accelerating economic growth. These circumstances impact positively on the retail sector of Indonesia and therefore foreign and domestic retailers are eager to invest. For example, Indonesian convenience store chain Indomaret targets to open 1,600 new branches across the Indonesian archipelago in 2016, while United Arab Emirates' hypermarket chain Lulu plans to invest up to USD $500 million in Indonesia over the next five years. Other retailers that are planning to expand their business in Indonesia include IKEA, Lotte, H&M, Courts, and Lenovo.

Roy Nicholas Mandey, General Chairman of the Indonesia Retailers Association (Aprindo), stated that turnover in Indonesia's retail industry is expected to grow 14 percent (y/y) in 2016 to over IDR 200 trillion (approx. USD $15 billion) from IDR 176 trillion in 2015.