So far this year shares of Indonesian tin miner Timah have fallen 34.15 percent to IDR 700 a piece amid declining tin prices. These prices have weakened more than five percent since the year-start. However, does this mean that Timah is an uninteresting stock pick? What do the experts think? And do they agree?

Kurniawan Sudjatmiko, analyst at Ciptadana Sekuritas, said tin miner Timah has been successful in terms of turning around its first quarter earnings. In Q1-2017 the company posted IDR 67 billion (approx. USD $5 million) worth of net profit, improving from a net loss of IDR 139 billion in the same quarter one year earlier.

This positive performance in the first quarter of 2017 was primarily supported by improving global tin prices from around USD $19,000 per ton to USD $21,000 per ton (the company's average selling price stood at USD $20,428 per ton in Q1-2017, improving from the average selling price in the same quarter last year). Sudjatmiko added that Timah's tin production will rise in the second quarter of the year due to the arrival of the dry season. 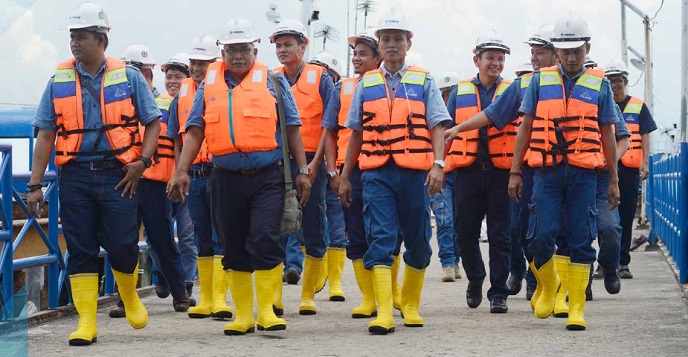 Despite recently having slashed its forecast for Timah's net profit in 2017 and 2018 by 27.7 percent and 23.9 percent, respectively, due to lower-than-expected tin production in Q1-2017, Ciptadana Sekuritas still sees room for growth of the company's share price. It set its target for Timah shares at IDR 927 a piece (32 percent higher than its position at the end of trading on Monday 10 July 2017). Its forecast for Timah's price-to-earnings ratio (PER) is set at 20.3 times in 2017, followed by 19.3 times in 2018.

Meanwhile, Reza Priyambada, senior analyst at Binaartha Parama Sekuritas, is a bit more careful when it comes to Timah's shares. He believes the direction of the tin price is decisive for the performance of Timah's shares. Priyambada does not expect to see a recovering tin price on the short term and therefore believes that other commodity-related stocks are more appealing to investors, for example oil and coal related companies as both the oil and coal price have improved compared to their level one year ago.

Timah targets to collect IDR 862 billion in net profit in full-year 2017, more than three times the amount in the preceding year. Rising net profit should come on the back of the rising tin price and rising tin production. Earlier this year, the management of Timah said it targets to see its tin production rise by nearly 50 percent (y/y) to 35,550 tons in 2017 (from 23,756 tons in 2016).