The number of smokers in Indonesia continues to rise from year to year. Based on the latest data from Basic Health Research (Riset Kesehatan Dasar) a total of 58.8 million Indonesians aged over ten years smoked in 2013, more than ten times the population of neighbouring Singapore. In one year, these smokers lit around 225 billion cigarettes making Indonesia the third-largest tobacco consumer after China and India. More alarming, about four million of these Indonesian smokers are children between the age of 10 to 14 years.

The stance of Indonesian authorities on smoking seems mixed. On the one hand we have seen efforts and policies to curb smoking to support people’s health. For example, in 2010 the Health Committee (of Indonesia’s House of Representatives) proposed the Tobacco Control Bill after a video went viral on YouTube showing a two-year old Indonesian boy smoking. Reportedly this boy smoked 40 cigarettes per day. Widespread outrage emerged after the surfacing of this video and soon afterwards the Tobacco Control Bill was proposed by the Health Committee. However, five years later this bill has never been discussed in the House.

Furthermore, in July 2014, the Indonesian government implemented a new regulation that requires domestic tobacco producers to place graphic warnings on cigarette packages in an effort to discourage smoking in Indonesia. Thirdly, in January 2015, Indonesian tobacco products became subject to an average tax hike of 8.7 percent in a bid to collect more tax income. This move makes tobacco products more expensive and thus consumption will be curbed. 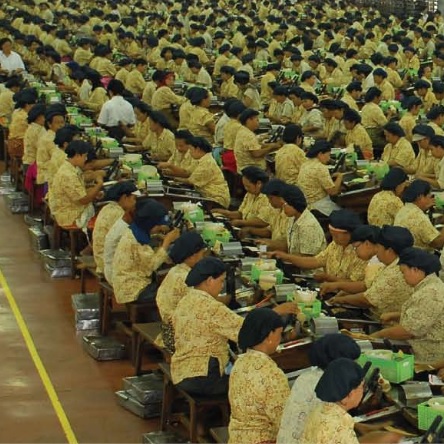 On the other hand, however, there has been reluctance of the government to combat cigarette consumption in Indonesia. For instance, Indonesia is one of the few countries that has not ratified the Framework Convention on Tobacco Control (FCTC) of the World Health Organization (WHO). This treaty aims “to protect present and future generations from the devastating health, social, environmental and economic consequences of tobacco consumption and exposure to tobacco smoke" through a set of universal standards stating the dangers of tobacco and limiting its use worldwide. The treaty's provisions include rules that govern the production, sale, distribution, advertisement, and taxation of tobacco.

Secondly, in 2014, the House’s Industrial Committee submitted a new Tobacco Bill that was included in this year’s list of priority bills on tobacco. The main objectives of this bill are to increase tobacco production, enhance community welfare, develop the domestic tobacco industry and increase state revenues. Smoking-related health issues do not seem to be taken into consideration by this bill.

It is estimated that around 200,000 Indonesians die from smoking-related diseases each year. These are mostly men as nearly 97 percent of all smokers in Indonesia are men (around 67 percent of Indonesian men are smokers). Moreover, tobacco consumption jeopardizes the fruits of Indonesia’s demographic bonus. One of Indonesia’s strong-points is that it has a large and young - hence potentially productive - population (about half of Indonesia's population is below thirty years of age). However, this demographic bonus can become a burden if it cannot be absorbed by the labour market due to the lack of job availability or the lack of capable human resources due to physical illnesses (such as heart diseases brought about by tobacco consumption). Medical expenses, physical disability, and premature death also bring along economic costs. Lastly, there are also millions of passive smokers in Indonesia as cigarette smoke inhaled by active smokers contains about 4,000 chemicals and is associated with at least 25 diseases in the human body.