Indonesia, the world’s 16th-biggest economy, recently joined the “trillion-US dollar club” having a nominal gross domestic product (GDP) of USD $1.01 trillion. Meanwhile, the country’s annual economic growth has been going at a pace of around 5.0 percent over the past couple of years.

While for many Indonesians this growth pace is somewhat disappointing, most other countries would surely envy this 5.0 percent annual growth pace. Indeed, many Indonesians had grown used to economic growth above 7 percent during Suharto’s New Order regime, and still above 6 percent as recent as the 2000s commodities boom when Susilo Bambang Yudhoyono (SBY) was in charge of the country. However, times change (including political systems and economic environments), and new realities are born.

With democracy and decentralization having replaced the centralized authoritarian New Order regime just around the turn of the century, while the economic slowdown of China became a structural matter after 2010 (leading to plunging commodity prices), Indonesia needs to adjust its economy thoroughly – finding new growth engines - before it can see economic growth back at levels above 6 percent year-on-year (y/y).

Foreign direct investment (FDI) is often mentioned as a key to success in Indonesia’s quest to seek higher economic growth as it generally injects capital and new technology into the country, while creating employment opportunities for the local population.

Read the full article in the July 2019 edition of our monthly research report. You can purchase the report by sending an email to info@indonesia-investments.com or a WhatsApp message to the following number: +62(0)8788.410.6944 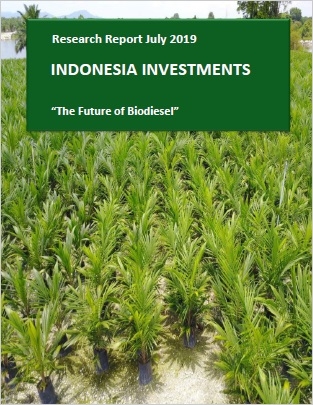 What do you think will be the growth rate of the Indonesian economy in full-year 2019?