Per September 2017 around 70 percent of the Indonesian population participates in the government's universal healthcare program (in Indonesian: Jaminan Kesehatan Nasional or JKN), a program that was implemented by the social security agency Badan Penyelenggara Jaminan Sosial Kesehatan (BPJS) in early 2014. This government-subsidized program aims to provide all Indonesian citizens with access to a wide range of health services by 2019.

Nopi Hidayat, Head of Public Relations at BPJS, confirmed that a total of 181,210,694 people are now covered by the government's mandatory universal healthcare program per 8 September 2017 (roughly 70 percent of the Indonesian population). The latest data also imply that this year's target is almost achieved. Before the end of 2017 the government targets to have 185.1 million people subscribed to the JKN program.

In order to boost numbers, the government will continue to enlarge channels for the local population to subscribe, for example by opening new branches in the regions, providing more information booths at local districts and villages, more information at local banks and insurance companies, more attention on websites, etc.

The JKN program is heavily government-subsidized but not free. There are several different classes a participant can select from. However, the richer segments of Indonesian society will prefer to use health insurance from well-known local and foreign institutions (although they would still need to pay a monthly contribution fee to the universal health care program, usually withheld from their wages by their employers). 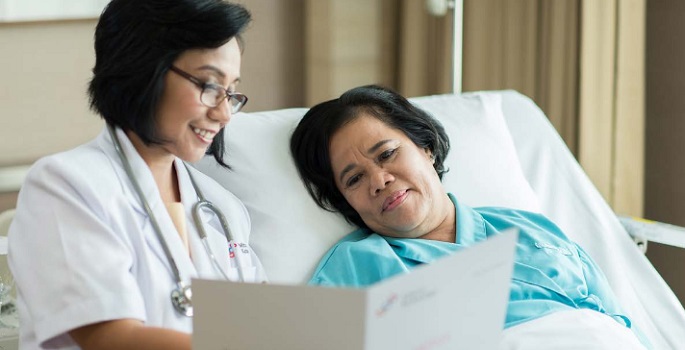 Hidayat expressed that he is highly satisfied with the number of Indonesians that have joined the mandatory program since the start of the program in 2014. Within a time-span of 3.5 years growth has been great. Also the number of hospitals, health facilities and clinics that work together with the universal health program continues to grow. By 1 January 2017, 100 percent of the Indonesian population should be protected by the government program.

However, earlier we reported that there are several problems related to this program. Firstly, there is a growing mismatch between claims paid and premiums received by Indonesia's Healthcare and Social Security Agency (BPJS Kesehatan). This led to concerns about the financial sustainability of the whole program and the need to search for additional and innovative ways to fund Indonesia's national health insurance program.

Secondly, doctors have complained that the government is late in paying bills for patients treated under the universal healthcare program and therefore they prefer not to work together with the government for this program.

So premium contribution Is compulsory?
What about the informal sector?
Do you have gender difference between participants?
So how do the 30% who are not covered access health service?

@Mogha Kamal-Yanni, yes all participants have to pay a health insurance premium for this program. However, it's cheap (government-subsidized). If I'm not mistaken the cheapest package is Rp. 80,000 per month (six packages of cigarettes, I guess). For the (near) poor this is still big money though and that is why I assume the remaining 30 percent that have not participated yet in the program includes most of the (near) poor (and informal workers). Also the middle class and rich, who probably all use health insurance through the big domestic and foreign companies (like Allianz etc), have to pay a premium for the government healthcare program (so they are basically covered twice... but will likely not use the universal program). This is part of the government's strategy to finance the program.