The Asian Development Bank (ADB) released a report today (24/03) in which it discusses recent economic developments in Indonesia. According to the report, Indonesia’s economic growth is projected to accelerate over the two years ahead provided that the Indonesian government continues to implement structural policy reforms. Such reforms - which include the acceleration of infrastructure development, reduction of logistical costs, and enhancing budget implementation - should lead to an improvement of the investment climate. 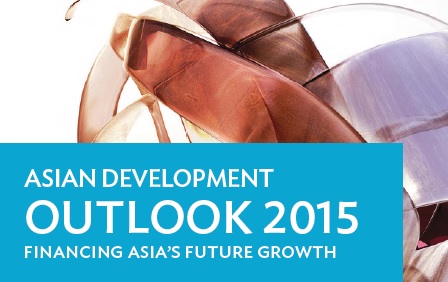 After having reduced fuel subsidies sharply at the start of the year - a gutsy move in Indonesia although the negative impact was offset by the world’s low crude oil prices - the ADB expects that the government, led by President Joko Widodo (Jokowi), will follow through on policies to enhance the economic fundamentals of the country. According to the ADB the fuel subsidy reforms have greatly improved the fiscal outlook and freed up resources for more productive purposes, such as physical and social infrastructure.

This will make it possible for the government to (more than) double its capital spending allocation in 2015, improve education and health programs, and lower the fiscal deficit target to 1.9 percent of GDP. The ADB also expects to see higher tax revenues, better budget execution, policy reforms to encourage private investment, and stronger private consumption as purchasing power improves due to easing inflation.

However, there are risks present as well. Edimon Ginting, ADB Deputy Country Director for Indonesia, said that lower domestically generated revenues (amid low commodity prices) and the unexpected weakness of major trading partners (particularly China), as well as looming higher US interest rates pose risks to Indonesia’s economic growth. However, he added that the Indonesian government is well prepared to manage these risks.

One key challenge for the government remains the development of an export-oriented manufacturing sector, hence reducing the country’s dependence on (raw) commodity exports. Such a new source of export growth is required to push GDP growth back to +6 percent (y/y) levels. Currently, manufacturing is constrained by matters including weak infrastructure, regulatory uncertainties, and high logistics costs. This should be overcome by investing heavily in ports and transportation infrastructure, while improving the investment climate in order to attract (foreign) private sector participation.