One of the sectors that showed exceptional growth in 2012 was Indonesia's property market. On average, net profit of companies engaged in Indonesia's property sector grew 68 percent during the full year. Of the 45 property companies that are listed on the Indonesia Stock Exchange (IDX), 26 posted net profit growth that exceeded 50 percent. But the success story did not end there. In the first quarter of 2013, the property sectoral index of the IDX continued its fast pace by rising over 41 percent.

This robust growth has translated into significant increases in property companies' share prices. If we take a look at Indonesia Investments' Real Estate Portfolio, this year's combined total of share prices have climbed 55.43 percent so far (11 May 2013). In contrast, the main index of the Indonesia Stock Exchange, the IHSG (the index which contains all listed stocks), grew 'only' 17.49 percent.

First of all, the boom is connected to the country's strong economic growth. From 2007 onwards, except for 2009 when Indonesia felt the impact of the global economic crisis, Indonesia's economy grew over six percent annually. In the years ahead, this figure is most likely to continue at a similar pace according to international research institutions (including the World Bank and International Monetary Fund). The Indonesian government intends to raise the growth figure to at least seven percent, but that seems to be a step too far yet due to a lack of quantity and quality of infrastructure and weak general public management. With the strong rising gross domestic product (GDP), per capita GDP and purchasing power are rising accordingly. As such, more and more Indonesians can afford to buy property. Strong consumer spending by Indonesia's rising middle class has caused that the largest contributor to Indonesia's property growth has been the residential segment (houses, apartments and condominiums). This segment accounts for about 60 percent of the total property sector in Indonesia.

Indonesia's booming economy attracts significant foreign direct investments (FDIs). Throughout the year 2012, FDIs rose 26.0 percent to IDR 221 trillion (USD $23 billion). In Q1-2013, it continued its fast pace and posted a 27.2 percent growth to IDR 65.5 trillion (USD $6.75 billion). The Indonesia Investment Coordinating Board (Badan Koordinasi Penanaman Modal, or BKPM) aims for investment realization of IDR 390.3 trillion (USD $40.2 billion) in 2013, an increase of 24.6 percent compared to investment realization in 2012. As such, the arrival of many international companies drives demand up in Indonesia's office market. It already resulted in a 30 percent rise in rent prices as new office space in Jakarta's Central Business District (CBD) is limited. At the end of last year, the occupancy rate at Jakarta's CBD stood at 93.0 percent, the highest occupancy rate since 1990.

Due to the recent exceptional growth in Indonesia's property market, there have been some concerns about the emergence and burst of a possible property bubble. Most analysts, however, believe that this is not the case for Indonesia in the foreseeable future. In the past two or three years, property prices have indeed grown steeply, but they come from a low base. Prices are now reaching the similar level as had been before the Asian Financial Crisis of 1998. Moreover, most newly built property is sold. For example, about 95 percent of this year's newly built apartments in Jakarta have been sold, mostly to end-users despite a new policy of Indonesia's Central Bank (introduced in June 2012) that aims to curb property demand. This policy ordered for a new (and higher) minimum down payment of 30 percent for residential property that is larger than 70 square meters. However, it did not cause a significant fall in sales.

A big risk to Indonesia's property sector is the possible hike in the price of subsidized fuel. The government intends to raise this price in June 2013 to relieve the budget deficit. This step will subsequently result in higher inflation and thus is most likely to be followed by a higher central bank interest rate, making it more expensive for Indonesians to buy a mortgage.

Lastly, a number of analysts believe that the property market in some larger cities of Java (Indonesia's most populous island) has started to become saturated. Jakarta, Bandung and Surabaya are mentioned has cities that have seen such an increase in property development in recent years that their future perspectives are revised down. Other islands, such as Sumatra and Kalimantan, are said to be potentially large markets that are currently still underdeveloped. 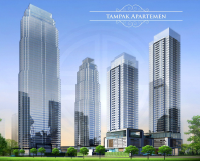