State-controlled financial institution Bank Rakyat Indonesia (BRI) is scheduled to launch its satellite - called BRIsat - at 03:30 am local Jakarta time on 9 June 2016 in Kourou (French Guiana). BRI President Asmawi Syam told reporters that the launch is a milestone, not only for BRI but for the global banking industry as BRI will become the first bank to operate its own communications satellite. In Indonesia, the world's largest archipelago, a satellite is more efficient than fiber optic. With the BRIsat the bank is able to reach (potential) customers in the remote areas.

On 28 April 2014 Bank Rakyat Indonesia (BRI) and French multinational company Arianespace signed a contract for the launch of the BRIsat satellite; a signing ceremony that was witnessed by former Indonesian President Susilo Bambang Yudhoyono. The satellite will be launched at the Guiana Space Center, Europe's Spaceport in Kourou (French Guiana). After the launch it will take about 50 days before the USD $250 million satellite is ready for use in the orbit above Papua (orbital position at 150.5° East). The satellite is estimated to have a 17-year lifespan. BRIsat will be the fifth satellite to be launched by Arianespace for Indonesian operators.

Haru Koesmahargyo, BRI's Finance Director, estimates that BRI will save about IDR 200 billion (approx. USD $15 million) per year after the BRIsat becomes operational. Currently, BRI still spends IDR 500 billion each year to rent transponders from providers such as Telekomunikasi Indonesia, Indosat and Citra Sari Makmur. The new BRIsat will have 45 transponders, four of which are to be used by Indonesia's Telecommunication Ministry (the central government owns a 56.75 percent stake in BRI). 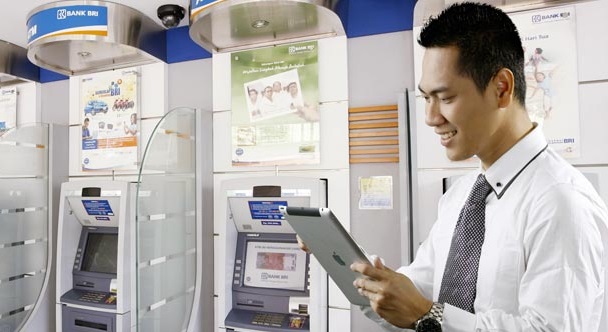 BRI President Asmawi Syam targets to add 10 million new customers across Indonesia in the next couple of years supported by the new satellite. Currently, BRI has around 55 million customers. He added that less than half of the Indonesian population (which numbers around 255 million) has access to banking services. Indonesia is also characterized by a lack of financial literacy, hence banking penetration remains at a relatively low level. Based on data from the World Bank, only 36.1 percent of Indonesia’s adult population owned a bank account in 2014.