Shares of Bank Rakyat Indonesia (BRI), one of the leading commercial banks in Indonesia, have fallen around 21 percent so far in 2018. Considering the recent capital outflows from Indonesia amid the high degree of uncertainty in global financial markets, it makes sense that shares of BRI are hit hard. After all, it is one of the blue chip stocks that is likened by foreign investors. However, a rumor - that says BRI wants to acquire a stake in Bank Muamalat Indonesia - may add pressures on BRI shares.

Up to Tuesday (22/05) Bank Rakyat Indonesia (BRI) experienced the second-worst share performance among Indonesia's blue chip stocks so far in 2018. In fact, within one week foreign investors sold IDR 1.7 trillion (approx. USD $121 million) worth of BRI shares (a net sell). Only shares of HM Sampoerna recorded a weaker performance.

It is believed that a specific rumor is adding pressures on the performance of BRI shares. The rumor says BRI wants to acquire Indonesia's biggest Islamic finance bank Bank Muamalat Indonesia. This rumor impacts negatively because Bank Muamalat is not in the best condition and therefore it would require some extra effort (and capital) to strengthen the sharia bank.

For example, Bank Muamalat's capital adequacy ratio (CAR) has fallen from 14 percent to 10 percent, while its non performing loan (NPL) ratio rose from 4.4 percent to 4.8 percent. 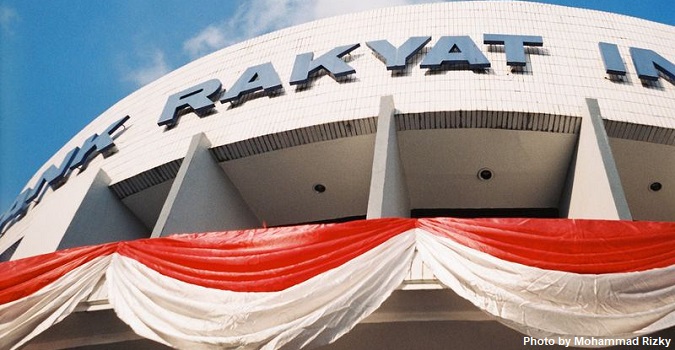 Bank Muamalat, which was established in 1991, is seeking one (or more) strategic investors for its IDR 4.5 trillion (approx. USD $321 million) rights issue. Achmad Permana, President Director of Bank Muamalat, had earlier said that five investors are interested to acquire a stake in the sharia lender. These investors originate from Indonesia, Singapore and a Middle Eastern country. Some of these investors are part of a consortium, including one from Singapore. Permana did not confirm nor deny whether three Indonesian state-controlled lenders – BRI, Bank Negara Indonesia (BNI) and Bank Tabungan Negara (BTN) – are also interested to invest in Bank Muamalat.

Meanwhile, Suprajarto, President Director of BRI, said there have indeed been informal talks between BRI and Bank Muamalat. However, he denies that BRI wants to invest in Bank Muamalat. He added that BRI has not even studied the corporate move.