While authorities plan to have scrapped cash payments altogether at the nation's toll road booths by October 2017, most Indonesians continue to use cash when paying for toll road tickets. Based on the latest data, only 28 percent of toll road payments in June were done using electronic money. The plan to end cash payments at toll roads is part of the country's push for a cashless society.

Another reason why Indonesia's toll road payment mechanism is transformed into a cashless one is because it will ease transactions, hence speeding up the transaction time. One of the major problems in Indonesia, especially in the Jakarta region, is that there are often enormous queues of vehicles at the toll road entrance or exit gate.

Pungky Purnomo Wibowo, Director for Electronics and Financial Inclusion at Indonesia's central bank (Bank Indonesia), remains optimistic that in the coming two months electronic payments will rise drastically at the nation's toll road booths and therefore, starting from October 2017, all toll roads will only receive payments in the form of e-money.

Over the past couple of months, more and more cash payment booths have been transformed into e-money ones. Currently, only 30 percent of toll road payment booths accept cash. 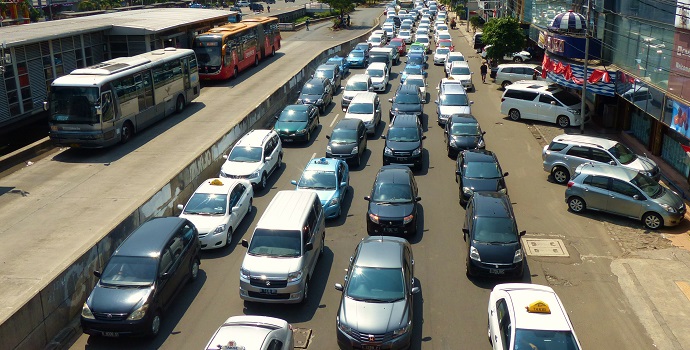 To increase transaction using emoney rather than cash maybe they can motivate the people by giving them discount in payment using e money.