When taking a quick look at the latest data, two matters stand out, namely: (1) 2022 was a very strong year for Indonesian trade as the country’s trade surplus reached an all-time record high level, and (2) both Indonesia’s imports and exports continue to moderate. We discuss both matters below.

But before we zoom in on Indonesia, we first provide an update of the global trade environment.

According to the United Nations Conference on Trade and Development (UNCTAD), global trade has increased by about 10 percent year-on-year (y/y) to reach a record level of around USD $32.0 trillion in full-2022 (with trade in goods expected to total almost USD $25 trillion). This is an estimate, so the exact data still need to come in. But while this is a great performance there are clouds on the horizon. UNCTAD notes that global trade growth has been subdued during the second half of 2022. This was attributed to the deteriorating global economic conditions and rising uncertainties that have resulted in a trade slowdown during the second half of 2022.

At the same time though the UNCTAD stated that the decline in global trade has been nominal as the volume of trade continued to increase throughout 2022, which is a signal of resilient international demand. This statement seems to be in contrast to the above where the UNCTAD argues that circumstances triggered a trade slowdown in the second half of 2022.

Read the full article in our January 2023 report (an electronic report). This report can be bought by sending an email to info@indonesia-investments.com or a message to +62.882.9875.1125 (including WhatsApp). 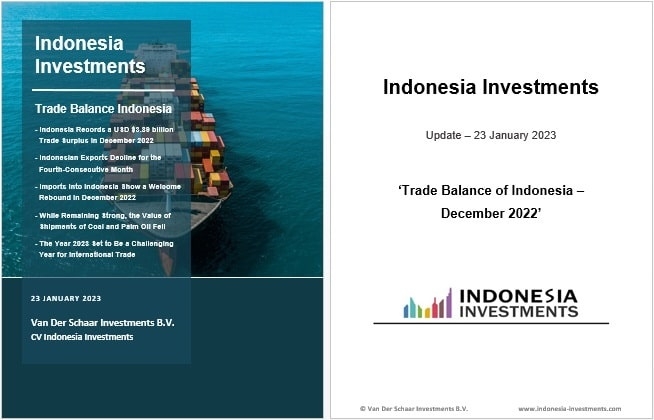