A new survey indicated that China's manufacturing activity turned back into expansion-mode in June 2017 (from contraction in the preceding month). In fact, manufacturing activity in China expanded at the fastest pace in three months. This somewhat eases market participants' concern about the Chinese economy and therefore supported the performance of stocks across the Asian continent on Monday.

Telekomunikasi Indonesia (Telkom), the leading telecommunication company in Indonesia, saw its shares rise 5.97 percent to IDR 4,790 a piece. Telkom is also listed on the New York Stock Exchange (NYSE). Its NYSE stocks were upgraded by the Goldman Sachs Group Inc from a buy rating to a conviction-buy rating last week. Meanwhile, its NYSE stocks were also upgraded by BidaskClub from a hold rating to a buy rating in late June.

Remarkably, shares of Astra International, which is known as the benchmark of the Indonesian company due to the presence of its subsidiaries in basically all sectors of the economy, fell 1.68 percent to IDR 8,775 a piece. 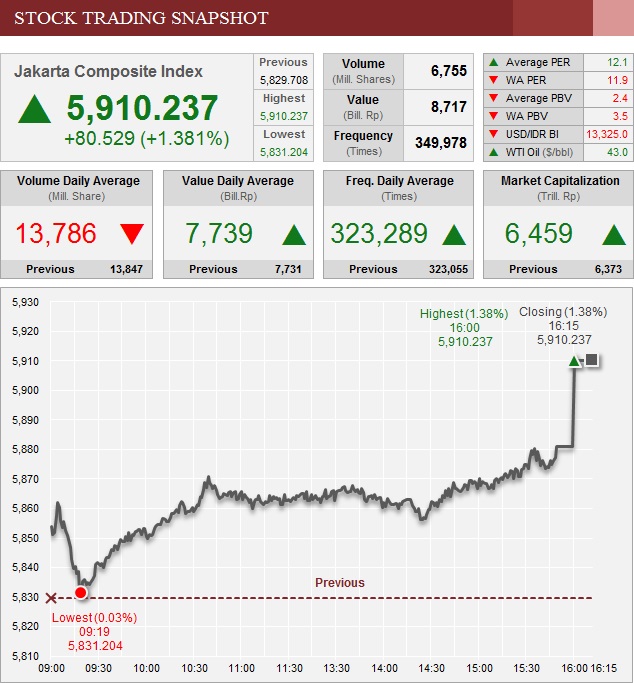