The Finance Ministry of Indonesia announced that it plans to inject USD 1.63 billion into state-owned financing company Sarana Multi Infrastruktur and to transform this company into an infrastructure bank in a move to boost infrastructure development across Southeast Asia’s largest economy. The central government needs private capital to fund its massive infrastructure program for the next five years as it can only account for 30 percent of required investment. For the remainder it relies on private capital and state-owned enterprises.

Indonesia is currently characterized by having a lack of quality and quantity of infrastructure hence raising logistics costs (taking up 24 percent of the country’s gross domestic product) and thus making already established Indonesian businesses less competitive. Furthermore, weak infrastructure can make investors decide not to invest in Indonesia. Other obstacles to private sector infrastructure development are severe bureaucracy, land acquisition and low returns on long-term investment. Sugihardjo, a senior official at the Transportation Ministry of Indonesia, said that the country is currently focused on creating a conducive investment climate in order to boost investments (for example through its new one-stop service at the BKPM). Infrastructure development is a prerequisite to achieve the government’s 5.8 percent (y/y) economic growth target in 2015. By 2019, when President Joko Widodo’s first term ends, GDP growth should have accelerated to 7 percent (y/y). 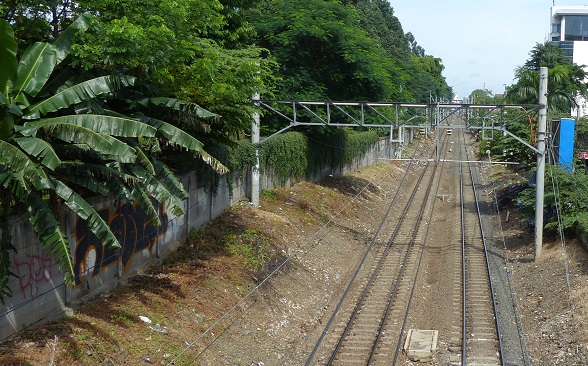 The government will use Sarana Multi Infrastruktur to assemble funds to invest in ports, roads and other transportation projects. If the government’s capital injection is approved it would mean a six-fold increase in Sarana’s capital to USD $2.05 billion. By the end of this year, Sarana is targeted to raise its lending to IDR 19.2 trillion (USD $1.5 billion), a three-fold increase from lending at the end of 2014. A government official said that "with higher capacity, Sarana Multi Infrastruktur will leverage the equity by issuing securities and then give out long-term financing based on long-term funding. There will not be liquidity mismatch. This way the infrastructure bank can help overcome hurdles of going through conventional banks, which face risks when providing loans for long-term infrastructure projects due to their short-term funding." The new infrastructure bank should be set up completely by 2017.

Earlier this month, Minister of State-Owned Enterprises Rini Soemarno confirmed that Indonesia’s state-owned companies will fund infrastructure projects through debt sales and rights offerings. Several infrastructure projects that are prioritized include the underwater telecommunications cable linking the two islands of Java and Sumatra, cement and fertilizer factories in Papua, the trans-Java toll road (linking Jakarta and Surabaya), and power stations across the nation as well as ferronickel and bauxite processing plants. State-owned construction companies such as Waskita Karya, Wijaya Karya and Adhi Karya as well as state port operator Pelabuhan Indonesia II (Pelindo II) are expected to raise funds in the bond market this year.