To increase tax coverage, authorities also plan to cut corporate income tax for Indonesian companies. The tax rate, which is currently set at 25 percent of profit, will be cut to 20 percent, or even lower. 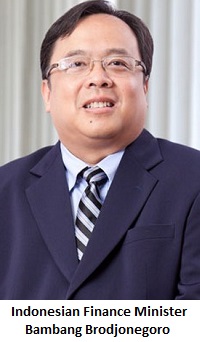 Through the tax amnesty program, the government aims to stimulate the repatriation of tax evaders' funds. The government grants a tax discount to those Indonesians with undisclosed wealth stashed within the country or abroad (for example Singapore, a popular destination for wealthy Indonesians' funds) if they are willing to report these funds to the state. If they report their wealth before the end of 2015, a discounted tax rate of 3 percent will be applied. This figure climbs to 5 percent in case they report their wealth in the first half of 2016, and then to 8 percent if they report it in the second half of 2016. However, this program is controversial as analysts say it could degrade overall tax compliance in a country where compliance (and law enforcement) is already weak. It is estimated that Indonesia's tax-to-GDP ratio stood at 10.8 percent in 2014, among the lowest worldwide. Analysts say, the government should leave rates unchanged and instead increase the number of categories in order to make the tax system more fair.

Analysts also argue that Indonesia's tax targets are highly unrealistic. As an illustration, up to the first week of November, Indonesia's tax office has only managed to collect 59.8 percent of its full-year target.