Today (20/10), Central Jakarta seems to have changed into one big party as Joko Widodo was inaugurated as Indonesia’s seventh president earlier this morning. For the remainder of the day celebrations will be held at Monas (National Monument) and surrounding areas. However, it is of vital importance that Widodo (popularly known as Jokowi) will start to focus on this presidential duties tomorrow as the country is facing a number of economic challenges. What are these challenges?

Since 2011, when Indonesia recorded gross domestic product (GDP) growth of 6.5 percent year-on-year (y/y), the country has had to cope with slowing economic growth (safeguarding higher economic growth is important as it will result in much-needed job creation). In the second quarter of 2014 GDP growth fell to 5.12 percent y/y. This slowing trend is caused by both external and internal factors. Externally, the sluggish global economy has impacted heavily on Indonesia as commodity prices have fallen significantly in recent years. Indonesia’s exports heavily rely on commodity exports such as coal and crude palm oil (CPO).

In 2013, Indonesia also felt the negative impact of being part of a globalized economy as the country was hit by severe capital outflows amid the looming ending of the Federal Reserve’s quantitative easing program. Previously, a large portion of cheap US dollars were invested in lucrative (yet riskier) assets in emerging economies, including Indonesia, due to the US bond-buying program and low interest rate environment in the USA. However, when the Federal Reserve started hinting at an end to its loose monetary approach, investors started to pull funds out from emerging markets. Those emerging markets that were considered vulnerable due to fiscal weaknesses were particularly hit. Indonesia is one of these vulnerable countries due to the wide current account deficit (see below). The Indonesian rupiah exchange rate for example, depreciating over 25 percent against the US dollar in the second half of 2013. 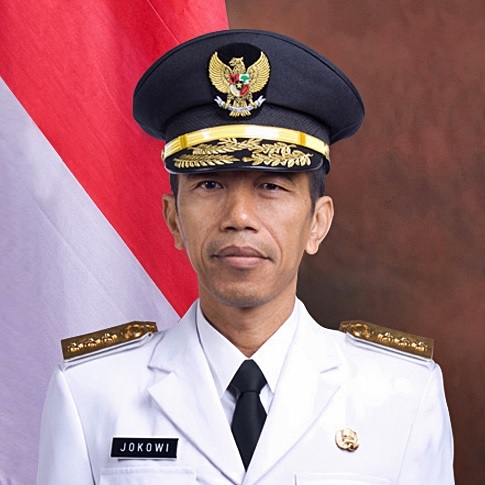 However, slowing economic growth in Indonesia is also partly the result of prudent policies conducted by the central bank and the government. In June 2013, the government introduced higher subsidized fuel prices in an effort to relieve the government’s budget deficit and to combat the country’s wide current account deficit. As the higher fuel prices triggered accelerated inflation Bank Indonesia gradually raised its benchmark interest rate (BI rate) from 5.75 percent in June 2013 to 7.50 percent in November 2013. The central bank’s move resulted in slowing credit growth in Southeast Asia’s largest economy. In recent years, credit growth had expanded at a pace of +20 percent (y/y) but credit growth in 2014 will probably be in the range of 15 to 17 percent (y/y). In late 2013, the central bank also set new minimum down payment rules for second properties. The loan-to-value (LTV) ratio for the purchase of a second property was reduced to 60 percent and 50 percent for purchases beyond the second property, meaning that buyers need to pay a down payment of 40 percent for a second property and 50 percent for additional homes.

Economic growth of Indonesia in 2014 is expected to reach about 5.2 percent. Jokowi promised the people GDP growth of +7 percent by the end of his (first) administration. This will require structural reforms. One of these reforms will be another subsidized fuel price hike. Speculation emerged that Jokowi will raise these prices (gasoline and diesel) by 50 percent in November 2014 and aims to relocate available funds to economic and social development such as infrastructure, education and healthcare.

Since late 2011 Indonesia has had to cope with a structural current account deficit primarily caused by expensive oil imports in order to meet domestic (subsidized) fuel demand (and therefore the aforementioned subsidized fuel price hike is an important move to curb this deficit). A current account deficit means that a country is a net borrower from the rest of the world. Or, in other words, it needs capital or financial inflows to finance this deficit. This is what makes such a country vulnerable in the eyes of global investors and forms a major reason why investors would want to pull money out from these markets in times of global shocks or global uncertain times. However, raising fuel prices is a sensitive matter in Indonesia and usually results in large demonstrations (thus implying political risks for the government). Higher fuel prices cause sharply accelerated inflation and may therefore push millions of people who live just above the poverty line (back) into poverty. Therefore, it is important for Jokowi to have solid social welfare programs ready when subsidized fuel prices are raised.

Ahead of higher US interest rates (expected to be implemented in mid-2015), it is important for Indonesia to have healthy fiscal balance sheets as global investors will dump assets in vulnerable countries the soonest.

Another concern for Indonesia is the widening income distribution inequality, evidenced by a rising Gini ratio. Indonesia’s Gini coefficient rose from 0.37 in 2012 to 0.41 in 2013 (a coefficient of zero expresses perfect equality, while a coefficient of one implies maximal inequality). This growth signals that the Indonesian government has failed to foster equality and this may jeopardize social cohesion and economic growth if not dealt with.

Although the government of Indonesia has had great success in combating relative and absolute poverty, the gap between rich and poor has widened in recent years. Between 2005 and 2013, Indonesia’s poverty rate fell from 16 percent (35 million people) to 11.5 percent (29 million people). However, this positive trend is eroded by the widening of income inequality. In July 2014, the World Bank advised the Indonesian government to start focusing on the reduction of income distribution inequality among its peoples instead of focusing solely on poverty reduction.

A characteristic of Indonesia is that a large portion of the population - perhaps up to 60 million people - is near poor, hovering just above the poverty line. This group can be pushed (back) into poverty in times of high inflation.

Jokowi is advised to implement several pro-poor policies, such as improving rural infrastructure (which will expand access to quality education as well as labour market mobility), improving education and healthcare in order to give the poorer segments a fair start in life. Furthermore, one of the basic ingredients to eradicate poverty is the creation of jobs, and - if possible - better jobs. This can be realized if the country’s economic growth can be raised back to the level of +6 percentage point growth.