Although the general economy of Indonesia is expected to accelerate in 2016 (from an estimated 4.7 percent y/y growth pace in 2015 to 5.3 percent y/y this year) the heavy equipment industry may not feel the impact of this improving environment as commodity prices remain persistently low, led by plunging crude oil prices. In this context, agriculture and mining companies are reluctant to boost production, hence leading to curtailed demand for heavy equipment.

Jamaludin, Chairman of the Indonesian Heavy Equipment Association (Hinabi), expects heavy equipment sales to remain stagnant in 2016. He sees demand originating from the construction sector, especially now the central government is eager to boost infrastructure development across the archipelago. Demand from the mining and agriculture sectors, however, will remain low. 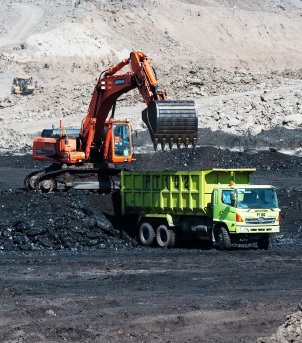 Sales of Komatsu units rose 86 percent month-on-month to 132 in November 2015 according to data from United Tractors, the largest distributor of heavy equipment in Indonesia (especially orders from construction companies rose sharply). However, the sales figure was down 22 percent from sales in the same month one year earlier.

In 2016 United Tractors, which commands a 36 percent market share in Indonesia's heavy equipment industry, expects to see a 9.5 percentage point decline in Komatsu sales to 1,900 units from an earlier projection of 2,100 units. The downward revision was made due to persistently low commodity prices.