During (and after) his presidential campaign last year, Joko Widodo repeatedly emphasized the importance of public and private investment in the country’s ailing infrastructure. The country is in need of hard infrastructure (such as roads, power plants, ports and airports) and soft infrastructure (such as healthcare). Widodo kept his promise by (largely) scrapping the country’s fuel subsidies in January 2015. This was a relatively easy move at the start of the year due to low global petroleum prices. Since January, however, global petroleum prices have recovered and now cause additional inflationary pressure in Southeast Asia’s largest economy. 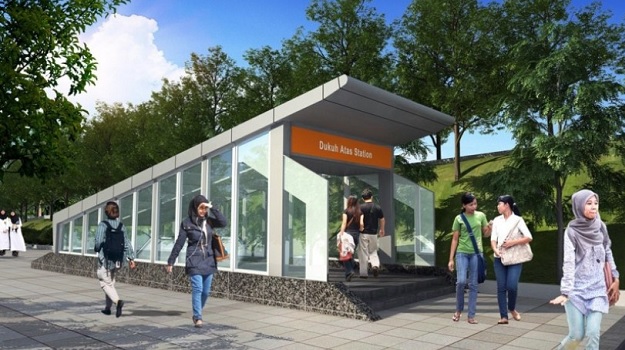 By cutting fuel subsidies drastically, the Indonesian government could allocate a larger part to infrastructure spending in the Revised 2015 State Budget. This budget allocates about IDR 290 trillion (USD $22 billion) to infrastructure spending. However, it took until February 2015 before this revised budget was approved by the House of Representatives (DPR) and therefore caused a delay in infrastructure spending realization. Moreover, despite having more financial resources at its disposal, the Indonesian government is highly dependent on private sector participation as it is estimated that Indonesia needs a total of IDR 5,519.4 trillion (USD $415 billion) worth of investment to support infrastructure development over the next five years. As such, the domestic investment climate needs to be improved in order to attract (foreign and domestic) direct investments.

As there were few signs of accelerated infrastructure development in the first six months of Widodo’s rule, criticism started to emerge. But after the slow start, development may start soon. This is good news for an economy that is in need of stimulus to stop the economic slowdown. Since 2011, the Indonesian economy has been slowing due to the sluggish global economy (causing low commodity prices and Indonesia’s weak export performance) and high interest rate environment in Indonesia which has been undermining people’s purchasing power and caused reduced domestic consumption but is needed to combat several weaknesses (such as high inflation, the wide current account deficit, and to support the weakening rupiah). Accelerated infrastructure spending is expected to cause a multiplier effect in the economy (as related industries will grow accordingly) and thus will boost the whole economy. However, infrastructure development requires time and therefore it may be too soon to see the economy accelerating this year from last year’s 5.02 percentage point (y/y) GDP growth.

Recent data from the Ministry of Public Works show that more than 90 percent of planned infrastructure projects in Indonesia have now been tendered, with contracts signed for more than half of these projects. This ministry received about 40 percent of the government’s 2015 infrastructure budget (USD $22 billion). Per May 2015, the Ministry of Public Works had only spent 9 percent of its budget. However, this is common as Indonesian government spending traditionally accelerates toward the end of the year.

Indonesian Infrastructure Projects (as a percentage of targeted projects)

However, lack of financial resources is not the only problem regarding infrastructure development in Indonesia. Bureaucracy and the difficulty to acquire land are also serious bottlenecks.