The World Bank cut its forecast for economic growth in Indonesia in 2015 from 5.2 percent year-on-year (y/y) to 4.7 percent (y/y) as private consumption, which accounts for about 55 percent of total economic growth in Indonesia, is estimated to weaken further in the second half of 2015 while government spending has been lower than expected (causing subdued fixed investment). Furthermore, persistent low commodity prices and tighter credit conditions provide further pressures that led to the extreme downward revision.

On Wednesday (08/07), the World Bank released the July edition of its flagship report ‘Indonesia Economic Quarterly’. Although the World Bank emphasizes that Indonesia still grows faster than other commodity exporters (to China), such as Brazil and South Africa, the multilateral financial institution states that subdued fixed investment and weaker consumer spending growth are causing Indonesia’s gross domestic product (GDP) growth to slow to a six-year low this year. 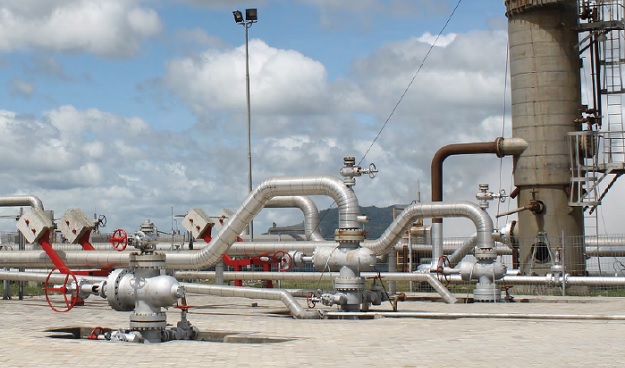 Ndiame Diop, World Bank Lead Economist for Indonesia, presented the new World Bank report in Jakarta on Wednesday (08/07). In this presentation he said that one key factor that explains slowing economic growth in Indonesia is China. China, the world’s second-largest economy and an important trading partner of Indonesia, is plagued by slowing economic growth and is in search of a new growth model. This causes a steep decline of Chinese demand for commodities and other products hence plaguing Indonesia’s export performance. According to the latest data released by Statistics Indonesia (BPS), Indonesian exports, both commodities and manufactured products, fell by 15 percent (y/y) in May 2015.

In the first quarter of 2015, Indonesia’s economic growth slowed to 4.71 percent (y/y) and this has also led to slower job creation, with recent employment in Indonesia rising just enough to absorb the increase in working age population. However, the number of workers engaged in the commodity sector on Kalimantan and the Moluccas declined very sharply in the post-commodity boom period (after 2012).

Diop added that although the Indonesian government announced and initiated several ambitious structural reforms - such as the scrapping of fuel subsidies, infrastructure development plans, and smoothen business licensing procedures - results from these reforms remain much smaller than previously expected.

Rodrigo Chaves, World Bank Country Director for Indonesia, said that Indonesia can combat the economic slowdown by raising spending on infrastructure (but maintaining the fiscal deficit below the maximum limit of three percent of GDP). Enhanced infrastructure spending will cut the country’s logistics costs and will give a boost to the whole economy.

Meanwhile, the World Bank report indicates that slower Indonesian GDP growth and lower global petroleum prices helped to narrow the country’s current account deficit to 1.8 percent of GDP in the first quarter of 2015. 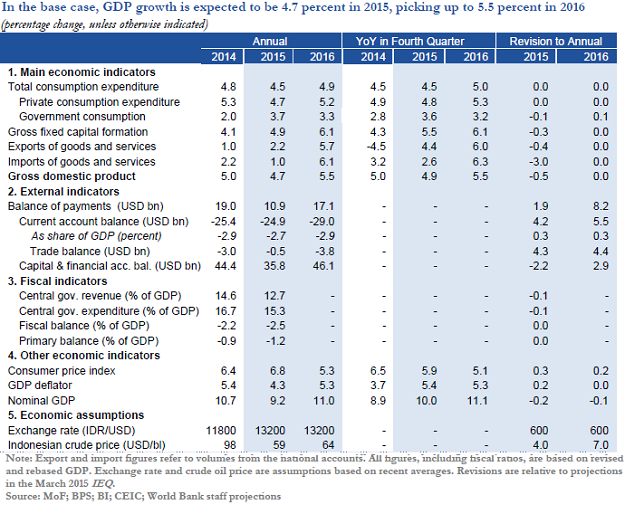