Indonesia’s consumer price index fell for the second consecutive month in February 2015, recording deflation of 0.36 percent month-on-month (m/m) in February, while on an annual basis Indonesian inflation eased to 6.29 percent (y/y), down from 6.96 percent (y/y) in the preceding month. Inflationary pressures declined primarily on the back of lower prices of chili peppers and fuel. Easing inflation in Southeast Asia’s largest economy may provide room for Indonesia’s central bank (Bank Indonesia) to cut interest rates further this year. 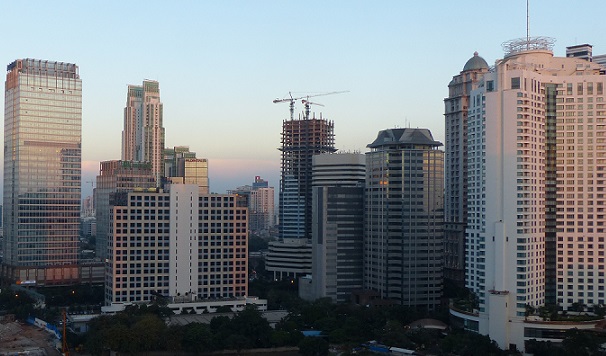 Although it is the central bank’s primary task to guard rupiah stability and to safeguard a stable inflation level, the institution may not be deaf to calls for a lower interest rate environment in order to facilitate higher economic growth. One of the reasons why Indonesia experienced slowing economic growth in recent years was Bank Indonesia’s decision to raise its key interest rate (BI rate) gradually between June 2013 and November 2014 from 5.75 percent to 7.75 percent, curbing credit expansion and limiting people’s purchasing power (in an economy where over 55 percent of total economic growth is accounted for by household consumption). Bank Indonesia introduced the higher interest rate environment in the past two years as a strategy to combat inflation (which had accelerated sharply after the government raised prices of subsidized fuels in June 2013 and November 2014), to limit the country’s wide current account deficit (which touched a record high in 2013) and support the rupiah exchange rate (which started depreciating sharply against the US dollar after former Federal Reserve Chairman Ben Bernanke began speculating - in late May 2013 - about ending the accommodative monetary policy resulting in significant capital outflows from emerging economies). However, amid low global oil prices, the government of Indonesia was able to reform its subsidized fuel policy, meaning more-or-less the scrapping of subsidies for low-octane gasoline and introducing a fixed IDR 1,000 per liter subsidy for diesel in January 2015. As a consequence, fuel prices fell in accordance with the low global oil prices resulting in lower transportation costs hence easing inflation in Indonesia. Although most - if not all - analysts expected Bank Indonesia to maintain its relatively high interest rate environment at 7.75 percent in 2015 as looming higher US interest rates are expected to trigger another round of capital outflows from emerging markets including Indonesia (particularly as Indonesia is plagued by a wide current account deficit), Bank Indonesia made a surprise move by cutting its BI rate and deposit facility rate (Fasbi) by 25 basis points, each, to 7.50 percent and 5.50 percent, respectively, in mid-February (thus becoming the 18th central bank to ease monetary policy in the year 2015). For Indonesian stocks (particularly interest rate-sensitive stocks such as in the finance and automotive sectors) this was great news as lower interest rates support economic growth and therefore the benchmark stock index of Indonesia (Jakarta Composite Index) recorded a series of all-time highs over the past weeks. The rupiah, on the other hand, has been under additional pressure after Bank Indonesia’s interest rate cut, coming close to the psychologically sensitive IDR 13,000 per US dollar boundary (a level last seen in the aftermath of the Asian Financial Crisis in the late 1990s, a period that brings back bad memories for policy makers, market participants and the people). Bank Indonesia's benchmark rupiah rate (Jakarta Interbank Spot Dollar Rate, abbreviated JISDOR) depreciated 1.01 percent to IDR 12,993 per US dollar on Monday (02/03) making it the worst performing currency among Asian emerging currencies so far in 2015 (against the US dollar). In a little more than three years, Indonesia’s rupiah (JISDOR) has lost 45 percent of its value, eroding profits for those whose investments are affected by IDR-US dollar exchange rate fluctuations (for example the Jakarta Composite Index climbed about 37 percent over the same period).

However, although Bank Indonesia will not let the currency depreciate excessively (it is suspected that Bank Indonesia intervened in the market when the rupiah crossed the IDR 13,000 per US dollar level on Monday), the central bank did clearly signal that it tolerates a weaker rupiah as this will have a positive impact on the country’s trade balance and current account balance (the broadest measure of trade in goods and services). A current account deficit makes a country vulnerable to capital outflows in times of economic shocks as this indicator shows investors that the country is dependent on foreign inflows. In the fourth quarter of 2014 Indonesia’s current account deficit stood at USD $6.2 billion, equivalent to 2.81 percent of gross domestic product (GDP), improving from a revised 2.99 percent of GDP in the preceding quarter. Considering full-year 2014, the deficit stood at USD $26.2 billion (2.95 percent of GDP), from a (revised) deficit of USD $29.1 billion (3.18 percent of GDP) in the preceding year. Generally, a deficit at more than 3 percent of GDP is considered unsustainable and therefore assets are considered risky by investors. Moreover, Bank Indonesia stated that it expects the current account deficit to widen to 3.0-3.1 percent of GDP in 2015. Given that the global economy remains troublesome, Indonesia has difficulty to boost its export performance, unless it can make its export products more competitive through a weaker currency (vice versa a weaker rupiah makes imports more expensive hence, theoretically, adding to the improvement of the country’s trade balance). Over the past couple of days Bank Indonesia officials (including Governor Agus Martowardojo) gave signals that it tolerates further rupiah weakening in the period ahead (“further rupiah depreciation is a logical consequence of bullish US dollar momentum amid the structural improvement of the US economy and winding down of the Fed’s loose monetary policy”) and therefore market participants are anticipating this scenario.

Inflation in Indonesia is traditionally low (or in fact turns into deflation) in the period March to May due to the impact of the harvest season on food prices and therefore we expect Indonesia’s annual inflation pace to continue its easing trend and will fall well within the central bank’s target range of 3-5 percent (y/y) at the year-end. As Bank Indonesia stated that easing inflation is the key reason why it cut its interest rate environment, further interest rate cuts this year are not far-fetched. Moreover, in the press release regarding Bank Indonesia’s latest Board of Governor’s Meeting (February) something interesting could be detected. Whereas previously these statements published after the monthly meeting would mention the ‘threat’ of higher US interest rates on Indonesia’s financial fundamentals (and therefore constituted a reason for maintaining a high - if not higher - interest rate environment in a move to avert capital outflows), the latest statement did not refer to these looming higher US interest rates. In fact, the central bank focuses on the planned monetary stimulus package in the European Union (the European Central Bank is to purchase €60 billon of private and public sector debt each month from March 2015 to September 2016 in an attempt to boost inflation and economic growth in the European Union). According to Bank Indonesia this European quantitative easing program is expected to spur “an influx of foreign portfolio capital to emerging market countries, including Indonesia, despite potential global financial market uncertainty and volatility“ and thus may offset the negative impact of capital outflows brought about by monetary tightening in the USA.