Due to uncertainty over the feasibility study, it seems highly unlikely that groundbreaking of the ambitious Sunda Strait Bridge project can be conducted in 2014. There has been a long delay with the feasibility study as differences of opinion emerged over who would undertake the study and how it will be financed. Economic Minister Hatta Rajasa said that if the government considers the project to have high priority, then it should make a decision now. If not, Indonesia's next government - after the 2014 elections - will be burdened with the issue. 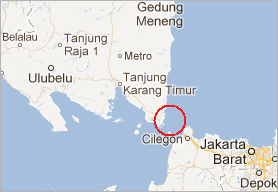 To overcome this situation, the government aims for the establishment of the Sunda Strait Bridge. This bridge (which is actually a series of bridges) will carry a three lane highway (in both directions), a double track railway, a footpath, an emergency lane for vehicles, pipelines (for oil, gas and water supply) and cabling works (fiber optic, telephone and electricity). It is expected to cost around USD $20 billion and will take more than a decade to build.

Read more about our history