In line with expectation and the historic trend, Indonesia’s car sales rose - on a monthly basis - in June 2015 ahead of the Idul Fitri celebrations (that mark the end of the Islamic holy fasting month). Car sales in Indonesia usually increase ahead of Idul Fitri (also known as Lebaran), a tradition which involves the exodus of millions of Indonesians from the cities to their places of origin. Before the journey to the villages a portion of these travelers are eager to buy a new car, a decision often influenced by promotional campaigns and discount programs.

However, compared to last year’s car sales the decline continued into June 2015. Based on the latest data from the Indonesian Automotive Industry Association (Gaikindo) Indonesian car sales fell 16 percent to 92,645 units from the same month last year. Indonesia has been posting weakening car sales figures ever since September 2014 due to the country’s weakening purchasing power brought about by high inflation and Indonesia’s slowing economic growth. Gaikindo Deputy Chairman Yohannes Nangoi stated that commodity prices need to rebound before Indonesia will see higher car sales again. The islands Sumatra and Kalimantan, key regions for the production of coal, crude palm oil and mineral ores, form potential car sales markets that cannot be tapped due to sluggish global demand for commodities. 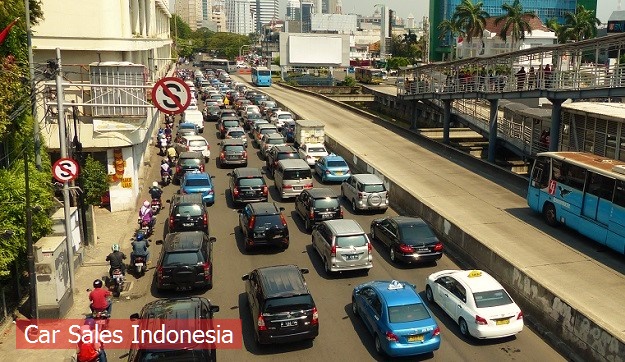 Besides the country’s slowing economic growth, accelerating inflation has also been an important factor that contributes to curbed purchasing power. In June, Indonesia’s inflation rate accelerated to 7.26 percent year-on-year (y/y) on higher food prices triggered by the start of the Ramadan month. High inflation is the main reason why Bank Indonesia keeps its interest rate high at 7.50 percent, hence causing high borrowing costs for consumers. However, the central bank did lower down payment requirements for car purchases in June in a bid to boost the country’s car sales (and credit growth).

Gaikindo recently cut its 2015 car sales forecast from 1.2 million to 1.1 million vehicles as each month in 2015 (so far) has shown plunging car sales. Indonesia sold an all-time record high number of 1.23 million cars in 2013. However, sales have been declining ever since. Given that the country’s key interest rate is most likely to stay high for the remainder of the year, while commodity prices are not expected to rebound anytime soon, it is expected that car sales will remain sluggish in the second half of 2015. In local media it was reported that Daihatsu Indonesia considers to extend its Ramadan sales discount program beyond Idul Fitri in an attempt to boost sales in the second half of the year.