The current account deficit of Indonesia eased to USD $6.84 billion, or 3.07 percent of the country’s gross domestic product (GDP) in the third quarter of 2014 (down from USD $8.69 billion, or 4.07 percent of GDP in the previous quarter). This improvement was mainly supported by a solid surplus in the country’s non-oil & gas sector, partly the result of the US economic recovery as well as resumed copper concentrate exports by Freeport Indonesia and Newmont Nusa Tenggara (after successful mining contract renegotiations).

Although having eased, it is important for Indonesia to continue efforts to curb the wide current account deficit to a sustainable level (below 3 percent of GDP) as this deficit makes the country highly vulnerable to capital outflows in times of global shocks. Such a shock may occur again when the US Federal Reserve decides to raise its key interest rate. This may occur in the second or third quarter of 2015. 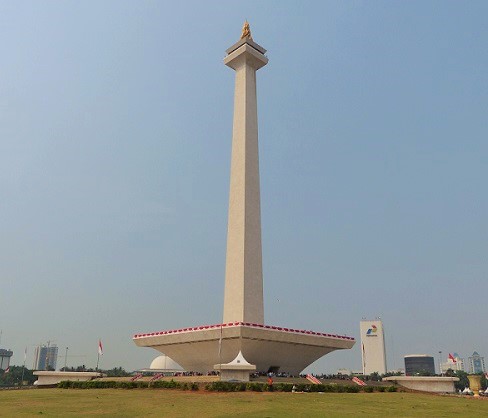 Indonesia’s current account deficit is primarily caused by the country’s wide trade deficit in the oil & gas sector. With declining domestic oil production in combination with rising domestic fuel demand (supported by generous government subsidies), the country is increasingly dependent on costly oil imports. The administration led by Indonesian President Joko Widodo previously announced to raise prices of subsidized fuels (gasoline and diesel) this month in an effort to limit the current account deficit. However, the government has still not confirmed the exact timing of the price hike. This has caused speculation that the government may postpone the price hike as global oil prices have fallen sharply in recent weeks and thus pressures on the government’s budget have been somewhat relieved.

The current account deficit is expected to reach 3.1 or 3.2 percent by the year-end, which would be a slight improvement from last year. In 2013, the deficit reached 3.3 percent of GDP. 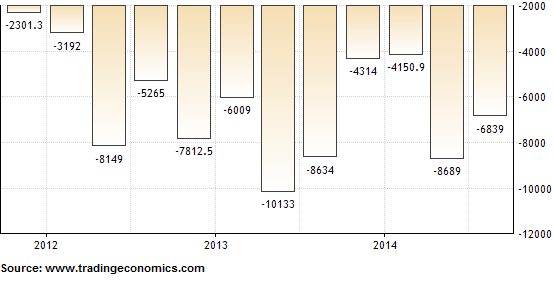 Agus Martowardojo, Governor of Bank Indonesia, said that the declining current account deficit impacted positively on the position of Indonesia’s balance of payments in the third quarter of 2014.

Recent capital inflows, on the back of investors’ positive attitude toward the reform-minded Joko Widodo administration, have led to an increase in the country’s foreign exchange reserves to USD $112.0 billion at the end of October 2014, equivalent to 6.6 months of imports or 6.4 months of imports and servicing the government’s external debt (well above the international adequacy standards which amount to approximately three months of imports).